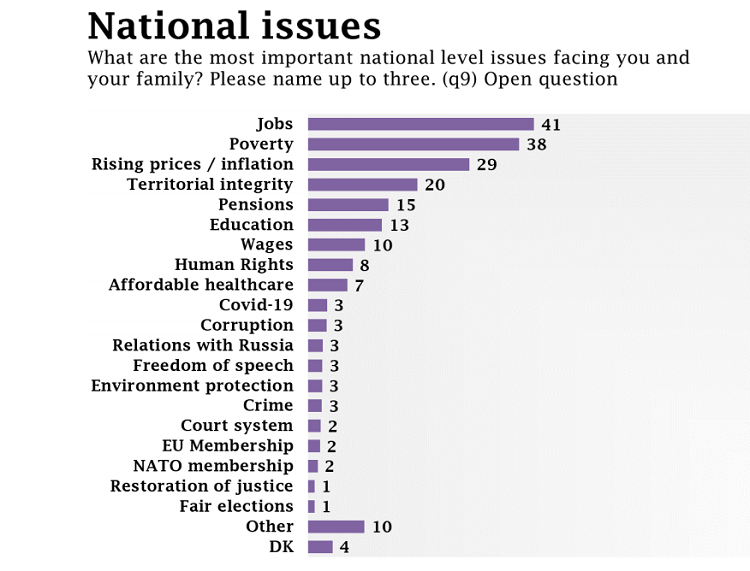 Georgia’s long-accumulated achievements in building something approaching a democratic state are in danger of suffering death by a thousand cuts, says Thomas de Waal, a senior fellow with Carnegie Europe, specializing in Eastern Europe and the Caucasus region.

A comprehensive survey by the National Democratic Institute from July makes for sobering reading, he writes:

Fifty one percent of respondents said that Georgia is not a democracy, the same proportion says that the country is moving in the wrong direction and also that none of the current parties meet their needs. Only 30 percent named a political party they would vote for. Overwhelmingly, respondents named unemployment and poverty as their major concerns—a rebuke to a whole generation of Georgian politicians who have promised but not delivered on these issues.

The ruling Georgian Dream party is taking Tbilisi into Moscow’s orbit while eroding democratic institutions, according to Ian Kelly, a U.S. ambassador to Georgia from 2015 to 2018, and David J. Kramer, a senior fellow at Florida International University’s Steven J. Green School of International and Public Affairs.

What is unprecedented is Georgian Dream’s announcement that it would withdraw from an EU-brokered agreement, a move that has reopened the political crisis and signals Georgian Dream’s latest break from the West and toward the model of illiberal regimes, they write for Foreign Policy:

The agreement had a number of power-sharing elements, but perhaps most important was the commitment to hold new parliamentary elections if Georgian Dream fails to gain more than 43 percent in October’s local elections. A recent poll by the International Republican Institute shows Georgian Dream well short of that threshold….And in news stunning even by Georgian standards, an interstate agreement on cooperation between the State Security Committee of Belarus and the Georgian State Security Service reportedly entered into force this month. 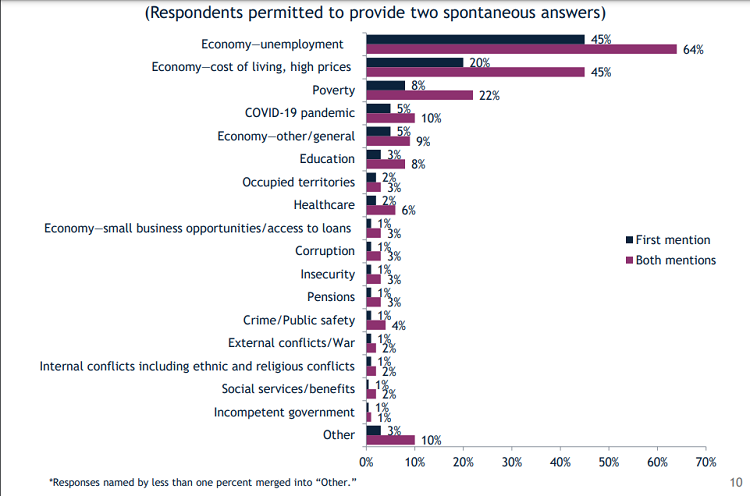 Georgia’s political system has deeply rooted deficiencies which need systemic treatment, say analysts Kornely Kakachia and Bidzina Lebanidze. Next to key institutional reforms, including in the judiciary and electoral code, the key to success is for political parties to amend their narrow, self-interest-based worldview and embrace a multiparty governance model.

To reach a sustainable political system, Georgia needs a coalition government and a more consensus-oriented political class. The introduction of coalition politics would enable stability, curb the authoritarian tendencies of individual party leaders, and end the tradition of the dominant party system and one-party rule, they write in From poster child to problem child: Georgia’s democratic crisis threatens its European future, an essay for the The Georgian Institute of Politics (GIP):

The EU is well-equipped to use both the stick and the carrot with the Georgian government, and, to a lesser extent, with the opposition to make them comply with the EU-proposed reform agenda within the April agreement and beyond. While the main target of the EU’s conditionality should remain the government, the EU should also clearly communicate with opposition parties that radicalization and polarization will not benefit Georgian democracy or stability, neither will it help to advance Georgia’s European integration.

Opinion polls consistently show over two-thirds of Georgians support Euro-Atlantic integration, Kelly and Kramer observe. While the Georgian Dream government professes to seek deeper integration with the EU and NATO, recent events have shown it has opted for one-party rule and appeasement of Moscow. It is undermining all the hard work done over the years toward integration with the Euro-Atlantic community, and some Europeans are now pushing back. RTWT 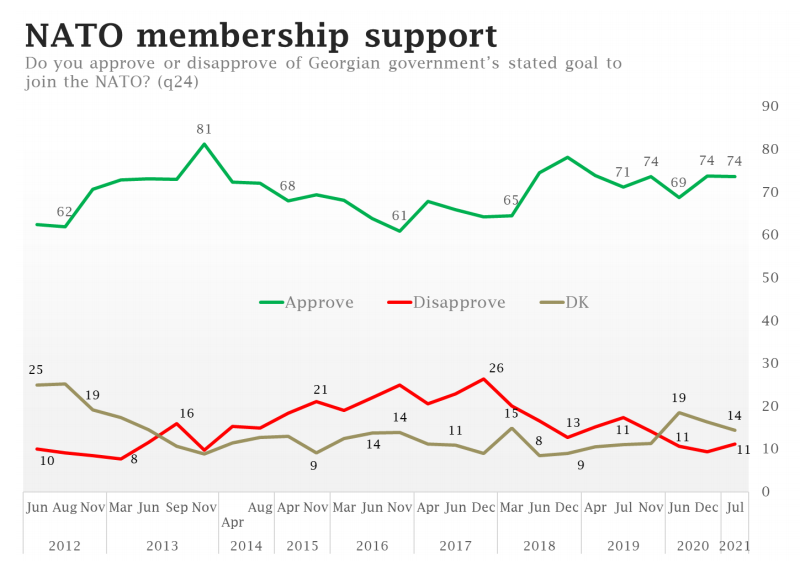