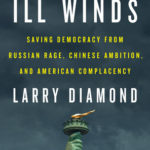 China is likely to emerge from the Covid-19 pandemic “as a bigger global player in political as well as economic terms,” while Europe’s democracies will be much diminished, says a new report from the Economist Intelligence Unit. The crisis will “sharpen great power rivalries and hasten the shift in the global balance of power from west to east,” it suggests. 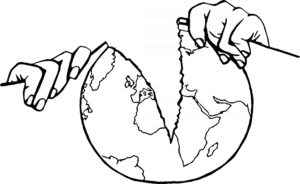 In times of crisis, global rivalries tend to intensify rather than abate, the report adds. Covid-19 will be no different. The pandemic will not usher in a new global order, but it will change things in three important ways, the EIU states:

The US’s retreat from the world stage has given China an opportunity to fill a vacuum, particularly as the epidemic has forced the US to turn inwards even more for now, the EIU adds. It would be a mistake, however, to underestimate the power and leadership of the US, which is certainly aware of China’s intentions and is likely to fight back. 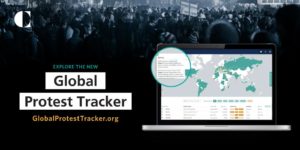 With #COVID19 inflicting severe economic pain in countries around the world and brutally exposing governance failures, the numbers of unsettled people are on track to rise rather than fall despite the inability to gather in public. While lockdowns and quarantines may appear to provide a timely respite to besieged governments, protesters are adapting and evolving, says a new Carnegie analysis, The Coronavirus Pandemic Is Reshaping Global Protests.

Tyler Cowen joined Princeton’s Bendheim Center for Finance for a seminar on the Political Impact of the Pandemic on Open Societies (above). An economics professor at George Mason University, where he holds the Holbert L. Harris chair in the economics department, Cowen is also a co-author of the Marginal Revolution blog.