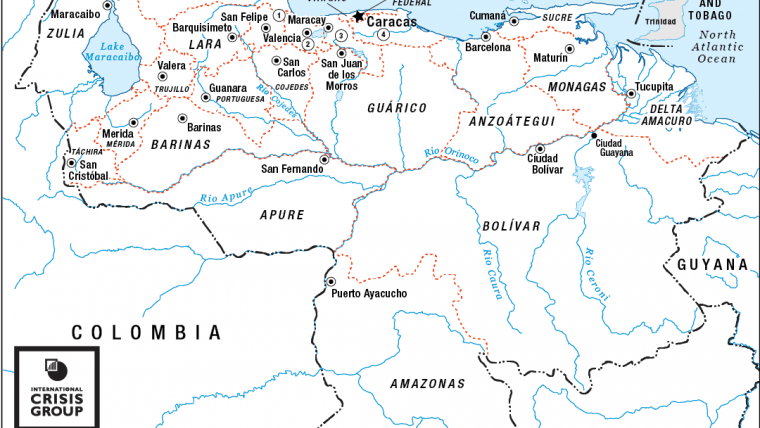 Venezuela’s humanitarian, economic, and political crisis has forced millions of citizens to flee, created a lawless environment where crime rates are astronomically high, and has given rise to the presence of various state and nonstate actors within the country, notes Moises Rendon, Director of the CSIS Future of Venezuela Initiative. Venezuela is increasingly vulnerable to drug and human trafficking. There are few, if any, legitimate institutions in place to combat these criminal networks and gangs, which run rampant throughout the country, he writes in a new CSIS Brief, Identifying and Responding to Threats from the Venezuelan Criminal State. .

When Juan Guaidó declared himself Venezuela’s rightful interim leader on 23 January – and was recognised by dozens of foreign governments, including Britain and the US – the young opposition leader and his backers believed Nicolás Maduro would fall within days. But half a year later, a massive show of domestic dissent and international pressure has failed to dislodge Hugo Chávez’s unpopular successor, The Guardian reports:

Polls suggest support for Guaidó has dipped but remains high, at about 57%, despite the lack of concrete progress. That compares with just 10% for Maduro, according to the Venezuelan pollster Datanalisis…..Juan Andrés Mejía, a close Guaidó ally, said he understood public frustration and accepted there was “always a risk” the international community would be distracted by crises such as Iran…. “We all wanted this to end sooner. But we are dealing with a dictatorship that kills, that tortures, that robs,” added Mejía, forced underground by a crackdown on opposition politicians supposedly involved in April’s failed insurrection. “Defeating such an opponent is much harder to do than most people may believe.”

“This was a very high stakes gamble … and it hasn’t really paid off,” said Phil Gunson, a Caracas-based expert for Crisis Group and author of a report on possible solutions to Venezuela’s crisis. “Plan A has certainly not worked.”

For now, neither the government nor the opposition leadership has concluded that outright victory is impossible and that mutual concessions leading to a negotiated transition constitutes the only way out of the impasse. But, were they to do so, the already-visible outlines of a possible agreement almost certainly would carry the support of majorities in both chavista and opposition camps, says the report:

The gaps separating the sides’ positions remain wide but conversations with an array of Venezuelans suggest that a compromise enjoying broad-based support is possible. The opposition’s inability to oust the government and the government’s ineffectiveness in overcoming the country’s unprecedented crisis carries a simple message: that such a compromise is the best and only way forward, and that the alternative is a deepening and spreading catastrophe.

The U.S. State Department is looking to redirect some funding originally designated for the Northern Triangle — Honduras, Guatemala and El Salvador — to the embattled Venezuelan opposition, CNN reported last week:

The United States and dozens of other nations have backed Guaido in his bid to oust Venezuelan President Nicolas Maduro. However, almost six months after the US recognized the opposition leader, Maduro remains in power.

“Working with Congress, we are exploring reprogramming some of the funding towards promoting democracy in Venezuela, including supporting the interim Guaido government and National Assembly,” a spokesperson said in a statement.

“Our programming, existing and planned, is targeted to address the Venezuela crisis. We are investing in good governance, human rights, technical assistance for the Guaido government, independent media, and civil society,” they said. “The principle objective of our funding for Venezuela aligns with our principle policy objective: to restore democracy to Venezuela.”

Violations of civil and political rights, the closing of political space, arbitrary detention, torture and extrajudicial executions in Venezuela have been widely documented, most recently by the Office of the UN High Commissioner for Human Rights, and have led many to support maximal use of economic sanctions to pressure for rapid political change, the Tom Lantos Human Rights Commission adds.  But there is growing concern that the sanctions are deepening the humanitarian crisis and further undermining Venezuelans’ economic and social rights while resolution of the political crisis remains elusive. The following briefing will examine this concern.