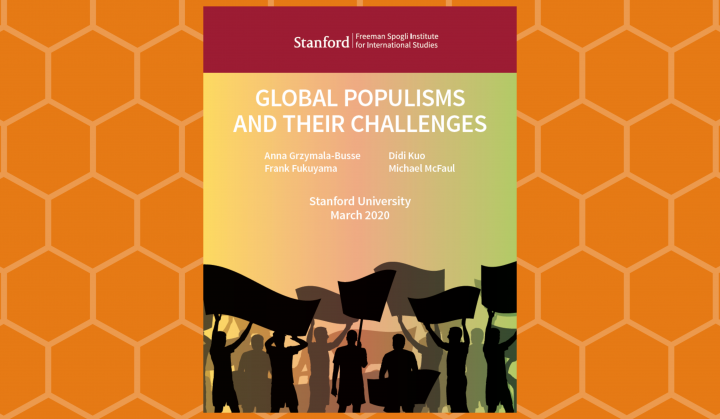 • Populists undermine formal institutions such as the courts, legislatures, and regulatory agencies as creations of the ‘corrupt elite.’ As winners of democratic elections, they fail to constrain themselves and instead hollow out and politicize formal institutions of liberal democracy.

• Populists erode the informal norms of democracy. They question the loyalty of the opposition and decry criticism as fake news. Rather than tolerating the free press and political opposition, they instead try to undermine its legitimacy. 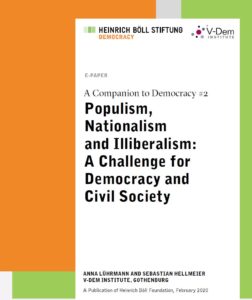 To address these threats [also discussed in a recent paper from the Heinrich Boll Stiftung – right], we need to end the erosion of formal institutions, informal values, and the very integrity of our democratic process, the paper adds:

Political parties are the critical actors here. They can and should change their rhetoric and electoral strategies to emphasize the importance of community, rule of law, and the integrity of the electoral process. The necessary reforms of parties and political institutions will not be easy—the status quo benefits incumbents in the short run, even as they undermine democratic processes in the longer term. Currently, developed democracies run the risk of erosion by domestic populists and successful attacks by international authoritarians.

To protect democracy, we need to reclaim the rule of law, emphasize the importance of a broad national community, and underscore informal democratic values and norms, the authors conclude. RTWT