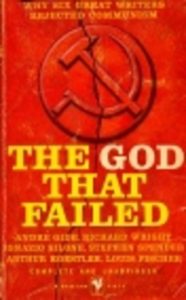 Just as ‘The God That Failed’ generation of former Communists became some of the most articulate and effective opponents of Soviet totalitarianism, some former radical Islamists are emerging as champions of liberal democracy.

Maajid Nawaz spent 5 years in an Egyptian prison for espousing extremism. Now living in London, he educates about the dangers of radicalization in the Western world, The Times of Israel reports:

Now dubbed “Britain’s unofficial anti-extremism tsar” by the media, Nawaz is the country’s most high-profile critic of Islamism and a relentless campaigner for liberal democratic values…..Nawaz (right)

, though, believes that the fight against Islamism – which he deems an “ideological battle” – must be measured over the longer term. “We have to recognize it’s a generational struggle around ideas and challenge those ideas,” he suggests, “but that requires government and civil society to push back against Islamist extremism as has been done with homophobia and anti-Semitism in the past.”

The Islamic State (aka ISIS or Daesh) is ‘The God That Failed’ of the contemporary Middle East, argues analyst Murtaza Hussain.

“The democratic movements [of the Arab Spring] were largely crushed by the brutal response of local dictators,” he writes for The Intercept. “The jihadis, meanwhile, briefly managed to achieve a version of their caliphate, only to see it destroyed in a final cataclysm. But while the core idea that animated the Arab democrats continues to be attractive despite its repression, the utopian project of the jihadis has been undermined in critical ways by its failure.”

Nawaz is keen to point out that most Muslims are not Islamist extremists — “obviously, I’m one Muslim who’s not an Islamist extremist” — but also warns against “denialism.” “Islamist extremism does represent a larger than reasonable proportion of opinion coming from within Muslim communities,” he argues: 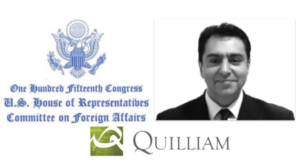 “It’s a huge problem and I say huge because often people forget what we’ve just lived through. At the end of the day, if roughly 2,000 British born-and-raised Muslims… left the comfort of their homes from the developed world to rush to a war zone and join [Islamic State], the worst terrorist group that we have witnessed in living memory, it tells you that there’s a serious problem,” he says. RTWT 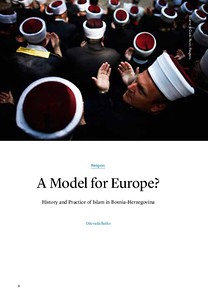 Quilliam International’s Chief Executive, Haras Rafiq has been invited to testify at a hearing entitled, “Women’s Role in Countering Terrorism,” to be held before the U.S. Congressional Subcommittee on Terrorism, Nonproliferation and Trade on Tuesday, February 27, 2018. The hearing will examine women’s role as perpetrators and victims of terrorism as well as under-utilized resources in the fight against extremism.

Bosnia-Herzegovina can look back on an eventful history of social upheaval and armed conflicts in which especially Bosnian Muslims were frequently the victims, says a new report from the Konrad Adenaeur Stiftung. It is therefore rather surprising that Bosnian Islam is characterised by a relatively high degree of cosmopolitanism and liberalism that might even serve as a model for European-style Islam, according to A Model for Europe? History and Practice of Islam in Bosnia-Herzegovina, by DŽEVADA ŠUŠKO.