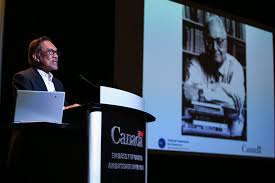 Confronting authoritarianism entails many elements, including judicial independence; creating a system that overcomes the harmful manifestations of capitalism; ensuring greater protection for political freedoms and the dynamic exchange of views; and the further empowerment of women and the adoption of a proactive social-justice agenda, argues Anwar Ibrahim.

Above all, good governance must remain the touchstone. Solving a country’s governance problems is therefore the key to attaining higher-quality democracy, and this takes precedence even over the economy, he writes for The Journal of Democracy:

Bad governance breeds predatory states, which in turn produce predatory societies. Such societies are dominated by ruling elites that amass wealth by exploiting rules and systems that they themselves have devised. I find perplexing the rhetorical acceptance of the persistence of so-called illiberal democracies by apologists, analysts, and some academics. To suggest that a democracy which practices such undemocratic methods is still a democracy is certainly an affront to those struggling for freedom and justice, not to mention a denigration of the term “democracy” itself.