Political scientists Jan-Werner Müller cautioned that populism is a “permanent shadow of modern representative democracy, and a constant peril,” while Shawn Rosenberg warned that “democracy seems now poised, as it has been always potentially, to devour itself” and be replaced by the lure of populism with its “offer [of] an alternative, less demanding view of politics and society,” note analysts Nikolas K. Gvosdev and Damjan Krnjević Mišković.

Most experts treat populism (in the domestic context) and great power rivalry (in international relations) as separate phenomena. The prevailing view is that populism, its nature assumed to be isolationist and xenophobic, is antithetical to the precepts of foreign policy and, in fact, is driven largely by domestic conditions, they write for the National Interest:

Yet the emergence of populist movements in contemporary democratic political communities and the use of populist themes by leaders of less democratic ones are both directly connected to the breakdown of the post-Cold War liberal international order. In turn, rivalries among both great and middle powers are fueled, in part, by an assessment on the part of both leaders and citizens that trusting in an amorphous “international community” to guarantee national security and prosperity is a risky proposition. In other words, foreign policy action (competition in the international arena) is driven in response to domestic stimuli or, in everyday terms, populist agitation. 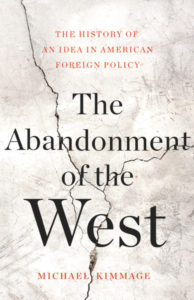 THIS IS not how the post-Cold War world of the twenty-first century was supposed to unfold. The fall of the Berlin Wall was going to herald the integration and interconnectedness of the nations of the world in a rules-based liberal international order largely set and determined by the advanced industrial democracies of the United States and Western Europe. The bargain between the elites and the citizenry rested on three promises:

In rising and resurgent powers—whether democracies or authoritarian or some mix of the two—the pattern has been different, Gvosdev and Mišković insist:

Even if globalization was a spur to economic growth and development, these political communities began to resist the notion that Western standards equal universal ones, or their rules and regulations must be assessed for compliance against the preferences of the status-quo powers. In particular, there was a palpable feeling of resentment and push-back against the aspects of what the former U.S. assistant secretary of state Victoria Nuland characterized as the “spinach treatment”—namely that non-Western powers would need to swallow a whole host of American and European policy preferences in order to be admitted to the club. 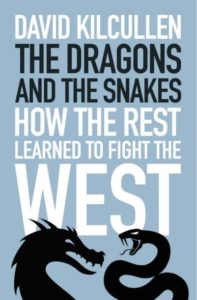 The very title of Michael Kimmage’s work of intellectual history—“The Abandonment of the West: The History of an Idea in American Foreign Policy” (above)—comes with a shock of recognition. Why, yes, who in the realm of foreign policy now speaks of “the West”? It’s gone. argues Tod Lindberg, a senior fellow at the Hudson Institute. It is to Mr. Kimmage’s immense credit that he manages to maintain a firm hold on two ropes pulling in opposite directions, he writes for the Wall Street Journal:

A frank acknowledgment of Western shortcomings, past and present, as Mr. Kimmage demonstrates so persuasively, makes sense only in the context of an appreciation of the singular Western contribution to human flourishing, Lindberg concludes.

The latest issue of the National Endowment for Democracy’s Journal of Democracy includes a special section on The Pushback Against Populism, including:

The postmodern fantasy that the broken shards and remains of the Berlin Wall somehow constituted the secret ingredient to a hitherto unknown formula enabling the spontaneous inception of radically new modes and orders has come to naught, Gvosdev and Mišković contend:

In sum: human beings are still driven to live in political communities by the bonds of blood or history, and their actions remain predominantly driven by considerations of aspiration, fear, honor, or national interest. As has always been the case, great powers will keep playing by rules different from those of smaller powers. And populism, like tyranny, will persist in being – as Carl Schmitt argued – a “danger coeval with political life.”

Nikolas K. Gvosdev is the Captain Jerome E. Levy chair at the U.S. Naval War College, Senior Fellow at the Foreign Policy Research Institute, and Senior Fellow at the Carnegie Council for Ethics in International Affairs. Damjan Krnjević Mišković, a former senior Serbian and UN official, is Director of Policy Research and Publications at Azerbaijan’s ADA University, having taken a leave of absence as Executive Director of the Center for International Relations and Sustainable Development (CIRSD), a Belgrade-based think tank.