An amateur but very determined historian, Yuri Dmitriev, finally found the gruesome prize he had long been searching for — burial mounds containing the remains of political prisoners executed by Stalin’s secret police. He is now in jail, awaiting trial on what his family, friends and supporters dismiss as blatantly fabricated charges of pedophilia, an accusation that has frequently been used to discredit and silence voices the Russian authorities do not like, the New York Times reports:

At the time of his initial arrest, Mr. Dmitriev was chairman of the Karelia branch of Memorial, a group that has infuriated Russian nationalists by focusing on the suffering visited on Russians, Ukrainians and others by the secret police instead of by foreigners. The Russian authorities branded Memorial a “foreign agent” in 2012, and the group has been demonized since by the state-controlled news media as a Western-backed nest of depraved traitors…..With the approaching 75th anniversary on May 9 of the Red Army’s victory over Nazi Germany and its allies like Finland, the suffering inflicted on Russia by its own rulers in the Kremlin has become an unwanted distraction from memories of the country’s immense wartime sacrifice against foreign enemies. RTWT 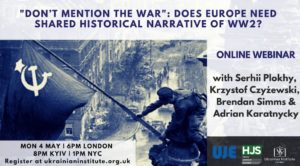 As Europe prepares to mark the 75th anniversary of the end of WW2, national narratives of those historic events hugely differ across Europe. Identity and historical memory are often hijacked by populist and nationalist agendas and history suddenly enters the political mainstream, the Henry Jackson Society notes.  In Putin’s Russia, the “Great Patriotic War” – despite its very real sacrifices during the conflict – has been made a centrepiece of contemporary Russian identity, justifying aggression against its neighbours as a crusade against “Ukrainian fascists.”  Many countries remain confined to their respective WW2 narratives, often downplaying collaboration and overplaying their nation’s heroism.

On the other hand, many people in the West are oblivious to the extent of bloodshed experienced by Eastern European countries of today (namely Poland, Ukraine, Belarus) in the fight against Nazism. The lack of a shared vision of lessons from WW2 hampers understanding of the Holocaust and the industrial scale that it took in what Timothy Snyder calls the Bloodlands squeezed between Hitler and Stalin. 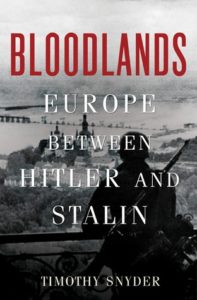 A forthcoming online discussion will be preceded by a short presentation of a bespoke research project about key historical narratives of the 20th century across leading media of 6 European countries (Poland, Russia, Ukraine, France, Germany, UK) over 2018-2019.  The research was organized and funded by the Ukrainian Institute (Kyiv) and One Philosophy Group of Companies. The research uncovered divergence or omittance in interpreting key events of that century, relating to WW2 (such as perceptions of Russia’s contribution to the defeat of Nazism and interpretations of Molotov-Ribbentrop Pact). The research findings will be unveiled by Nataliia Popovych (founder, One Philosophy; co-founder, Ukraine Crisis Media Centre).