Less than a year into his controversial third term in office, Guinea’s president, Alpha Condé, was ousted last week in a military coup, note analysts Carolyn Logan, Aliou Barry and Josephine Appiah-Nyamekye Sanny. Citing rising corruption and poor economic performance, coup leader Col. Mamady Doumbouya, once a confidant of the president, promised a “national unity government” and a “new era for governance and economic development,” they write for The Washington Post:

Doumbouya’s pledges suggest he may have been listening to the complaints of ordinary Guineans. An Afrobarometer survey in November/December 2019 signaled that Guineans were increasingly unhappy about mounting corruption and economic mismanagement in their country. But the findings also show that Guineans are resiliently pro-election, pro-democracy and anti-authoritarian.

Ousted President Condé’s already tarnished democratic credentials took a hit last year when he tweaked the country’s constitution to extend his decade in power. Now he has become the latest casualty of a wave of military takeovers sweeping a region that looked to have shed its “coup-belt” moniker, France 24 reports:

According to Alioune Tine, founder of the AfrikaJom Center think tank and a former regional director for Amnesty International, the president’s refusal to cede power had made an uprising or a coup all but inevitable. “By closing the door on a democratic transfer of power, Alpha Condé set the stage for his own downfall.” 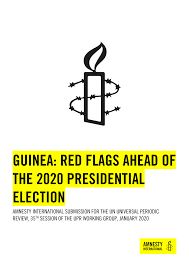 That leadership style is part of a grim pattern in West Africa, said Mathias Hounkpe, who leads the political governance program at the Open Society Initiative for West Africa, a pro-democracy group in Dakar, Senegal, The Post adds:

The Ivory Coast’s president made a similar argument when he sought a controversial third term last year within weeks of Condé’s reelection. Fears of Senegal’s leader doing the same have recently fueled some of the biggest protests the country has seen in years. “Our leaders are frustrating everyone with this,” Hounkpe said, “and that’s why people see a military intervention as part of the solution. That’s why people are dancing in the streets in Guinea.”

Tensions peaked last year when the 83-year-old president changed the constitution to allow himself to seek a third term. After he won, violent demonstrations erupted across the country, VOA reports.

“That really created heavy tension. You have civil society organizations, you have other political forces, contesting his decision, contesting his elections,” said David Zoumenou, a senior research consultant with the Institute of Security Studies in Dakar and Pretoria. “But the military was on his side, able to quell the demands of the people. So the ground was almost leveled for political instability to lead to what we are observing now in Guinea.” 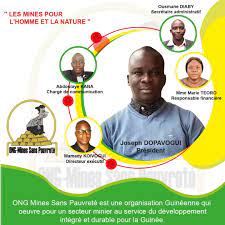 The coup plotters announced a so-called national committee for assembly and development, which will be tasked with consulting political and civil society figures on the way forward, reports suggest.

Guinea has spent decades under authoritarian rule since its independence from France in 1958. The latest coup is third in the country’s history, AFP adds:

Cellou Dalein Diallo, the country’s main opposition leader, expressed his support for the new military government, in the hope that it will lead to “a peaceful democracy” in the nation of 13 million people. On Monday, Diallo’s opposition coalition ANAD urged the ruling military to establish “legitimate institutions capable of implementing reforms” and to uphold the rule of law.

NGOs such as the Association Mines Sans Pauvrete, a National Endowment for Democracy grantee, work to promote community engagement, strengthen citizens’ awareness of the impacts of mining within their communities and develop their ability to participate in extractives governance initiatives.