In the hands of competent and exploitative forces such as the People’s Republic of China or Facebook, the long march toward enslavement by technology continues apace. …As Richard Fontaine and Kara Frederick documented in these pages last month, governments are using artificial intelligence and other technologies in myriad ways to silence dissent, undermine opponents and promote their own ideologies, The Wall Street Journal’s Gerard Baker writes:

Nicholas Wright argues in the latest edition of Foreign Affairs that digital authoritarianism is a profound threat to liberal democracy. The possibilities are chilling. Just as Facebook can spot whether you’ll like a particular type of advertising based on a million pieces of information it has on you, so governments will be able to identify which of us will be troublemakers based on knowledge of the books we read and the friends we have.

Microsoft has worked with a Chinese military-run university on artificial intelligence research that could be used for surveillance and censorship, a revelation that has sparked anger among China hawks on Capitol Hill, The FT reports:

Three papers, published between March and November last year, were co-written by academics at Microsoft Research Asia in Beijing and researchers with affiliations to China’s National University of Defense Technology, which is controlled by China’s top military body, the Central Military Commission. One of the papers described a new AI method to recreate detailed environmental maps by analysing human faces, which experts say could have clear applications for surveillance and censorship.

The papers raised “red flags because of the nature of the technology, the author affiliations, combined with what we know about how this technology is being deployed in China right now,” said Samm Sacks, a senior fellow at the think-tank New America and a China tech policy expert. “The [Chinese] government is using these technologies to build surveillance systems and to detain minorities [in Xinjiang],” she added.

More than a million Muslims have been arbitrarily detained in China’s Xinjiang Province. The reeducation camps are just one part of the government’s crackdown on Uighurs, according to Council on Foreign Relations analyst Lindsay Maizland. 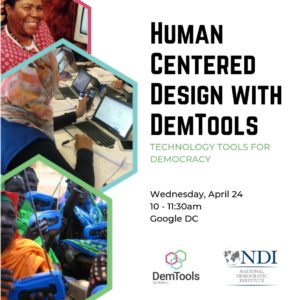 Do online platforms offer a way to revitalize political parties and by extension democracy? Or can it be argued that online participation as a tool can be exclusive and reinforce political divisions that already exist beyond the internet? London-based think tank Chatham House asks.

The Council on Foreign Relations considers whether social media empower or undermine democratic government (above) with speakers:

This symposium examines what steps governments can take to protect and promote democracy at home and abroad.