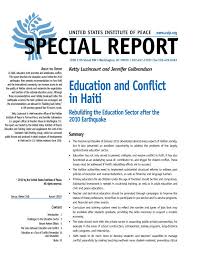 Recent developments in Haiti highlight civil society’s demands for better governance from its national leaders—shedding light on the interaction between democracy and markets and the practical implications this has on national development, notes Georges A. Fauriol, Senior Associate (Non-resident) in the CSIS Americas Program. In the Haitian context, this draws attention to the varying roles played by the private sector, often maligned by critics domestically and abroad, he writes:

This sector of civil society represents wildly differing levels of economic activity—from the street market vendor, to the small-scale business, to the larger, international market-driven, cosmopolitan entrepreneur—as well as differing levels of social and political engagement. Nonetheless, collectively, this community faces Haiti’s culture of corruption in a direct way—it is intertwined with business activity. There is no mystery that some elements collude the system toward illicit profitable arrangements, in tandem with allies in the government bureaucracy. But this lack of transparency in markets and governance ultimately affects all Haitians. 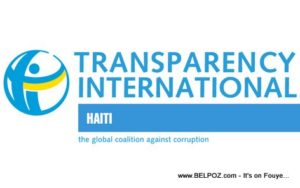 Anger over public corruption is high and ready-made for political mischief, adds Fauriol, vice president for Program Operations and Evaluation at the National Endowment for Democracy. Unlike the recent development in the Maldives and Armenia, the issue here is not entrenched political leadership but protected economic interests combined with unsteady governance. RTWT