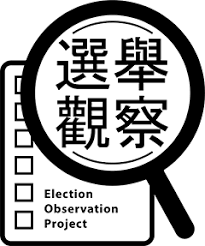 Hong Kong leader Carrie Lam said on Tuesday “ideologies” posed risks to national security and urged parents, teachers and religious leaders to observe the behavior of teenagers and report those who break the law to the authorities, Reuters reports:

Since the [National Security] law was introduced, the most prominent government opponents have been jailed or fled abroad. Critics say the legislation has crushed the city’s wide-ranging rights and freedoms, while supporters say it has restored stability.

Government departments “shouldn’t allow illegal ideas to filter through to the public through education, broadcasting, arts and culture, beautifying violence and clouding the conscience of the public,” Lam said.

Her statements follow reports that after protesters responded to the National Security Law by occupying major streets for two and a half months, Chinese leaders began to worry that Hong Kong had become an ideological abscess that would need lancing, according to a must-read NYT analysis.

Chinese leader Xi Jinping at first cultivated a relatively mild image, telling Leung Chun-ying, then Hong Kong’s top official, that China’s approach to the territory “will not change,” the NYT’s Chris Buckley, Vivian Wang and Austin Ramzy recall. But as he settled into power, Mr. Xi revealed an iron-fisted ideological agenda. In mainland China, he stifled dissent and denounced ideas like judicial independence and civil society — values that to many defined Hong Kong. RTWT

Xi has since launched an ideological offensive against supposedly alien Western values of liberalism and democracy.

The governing dogma of Xi’s China, enshrined in “Xi Jinping Thought,” calls for faith, devotion, and sacrifice to the lofty ideals of communism that “reach higher than the heavens,” notes the Atlantic Council’s Kaush Arha. It holds that the “trends of the times” inevitably will result in “socialism with Chinese characteristics” to prevail over the liberal capitalist Free World. It states openly that an international order underpinned by liberal ideals is unsuitable to accommodate a Marxist-Leninist China—and therefore should be transformed.

Hungary recently blocked the EU from delivering a statement condemning the Chinese government for cracking down on democracy in Hong Kong — a statement every other EU government was prepared to sign on to, notes rights activist Nathan Law, (below), an associate of the National Endowment for Democracy (NED).

But if Hungary’s illiberal leader Viktor Orbán is, as he claims, “truly worried about the return of global division, the best way to prevent such a thing would be to work as part of a democratic alliance to implement checks and balances on China’s grip on the world,” he writes for Politico.