Hong Kong’s leader must “serve two masters,” Chief Executive Carrie Lam told a group of businesspeople in the city, according to a transcript is taken from an audio recording of Lam’s remarks obtained by Reuters.

A newly composed song has become the rallying point for Hong Kong’s anti-government movement this week as thousands gathered at shopping centres and a football match to sing what protesters have embraced as their unofficial anthem: Glory to Hong Kong, The Guardian reports (above):

The singing sessions have spread across the city this week, coming as a respite after weeks of intensifying violent clashes between protesters and police in an ongoing political crisis that has entered its fourth month. Thousands of people gathered across multiple floors of suburban shopping centres in various locations across Hong Kong every night this week to sing the protest song. 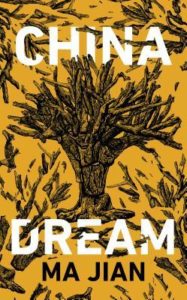 For Leninists such as Xi Jinping wielding a party-state, nothing is more important than the Communist party’s unchallenged primacy. Another “Tiananmen Square” — a Hong Kong massacre — would be calamitous for China’s Leninists, but less so than weakening the Communist Party’s primacy, notes columnist George F. Will. Many of the activists in what media billionaire Jimmy Lai calls Hong Kong’s “last-straw movement” are reading Ma Jian’s dystopian novel “China Dream,” which is banned in mainland China, he writes for The Washington Post:

The protagonist is Ma Daode, director of the fictional (so far) China Dream Bureau, which aspires to “replace all private dreams” with one communal dream. Ma Daode hopes to develop “a neural implant,” a device whereby “just one click of a button and government directives will be transferred wirelessly into the brains” of the governed. This is not much more Orwellian than China’s evolving reality.

The Economist recently editorialized: “The West’s 25-year bet on China has failed.” The wager was that “market totalitarianism” is an oxymoron, adds Will. Embedding China in the global economy supposedly would open it to the softening effects of commerce, which would be solvents of authoritarianism. The West’s tardy but welcome disenchantment is, as the Economist says, “the starkest reversal in modern geopolitics.” RTWT

By offering to withdraw the proposed extradition bill that sparked the protest movement, Carrie Lam’s “compromise” may have the purpose of sowing discord among Hong Kongers, according to Jianli Yang and Deyu Wang, President and Director of Strategy, respectively, of Citizen Power Initiatives for China.

Hong Kongers and external supporters should not simply divide Hong Kong protesters into “peaceful-rational camp” and “courageous-militant camp,” they counsel, but continue to combine courage and wisdom, at the least cost and with flexible means, to strive for the most enduring struggle, to respect different opinions in the campaign of resistance, and to gain more support within and outside Hong Kong.

The demonstrators are appealing to the US Congress, calling for passage of the Hong Kong Human Rights and Democracy Act, which is pending in both the House and Senate, The Post adds:

The measure would require an annual review of Hong Kong’s special economic status, and it would mandate sanctions on officials found to be suppressing “basic freedoms” in the territory. The sanctions might slow the recent wave of arrests of opposition leaders, while the reporting requirement signals that, as Sen. Marco Rubio (R-Fla.), a sponsor, says, the “nuclear option” of canceling Hong Kong’s special status will be on the table in the event of a larger crackdown.

The notice requires all Tibet Autonomous Region (TAR) government and party offices in charge of retired government employees – regardless of whether those retirees are party members – to submit a list by August 18 of any “retired personnel performing the kora,” the Tibetan practice of circumambulating a sacred site or temple while reciting prayers or mantras. The practice is a standard form of religious devotion among Tibetan Buddhists, particularly the elderly, for whom it is often a daily religious practice as well as a form of exercise. Punishments would be imposed on those named.

“Chinese government authorities are relentless in their quest to control all aspects of Tibetans’ religious practices,” said Sophie Richardson, China director at Human Rights Watch. “Even those who spent their lives in service to the government aren’t spared.”