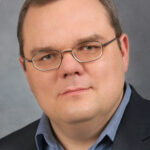 Authoritarian governments have reacted to the prospect of color revolutions by adopting a range of actions and policies described by the late Belarusan political scientist and former NED Reagan-Fascell fellow Vitali Silitsky (right) as ‘pre-emptive authoritarianism’, Evgeny Finkel and Yitzhak M. Brudny write for Democratization, namely:

(1) tactical pre-emption, that is, attacks on the opposition, the civil society, and their infrastructures;

(2) institutional pre-emption, which focuses on changing the fundamental rules of the political game to the incumbents’ advantage; and

(3) cultural pre-emption – the manipulation of public consciousness and collective memory to spread stereotypes and myths about the opposition, the West, and democracy in general.

Faced with the threat of regime change, authoritarian incumbents can and do rely on at least one of five major strategies. they add: