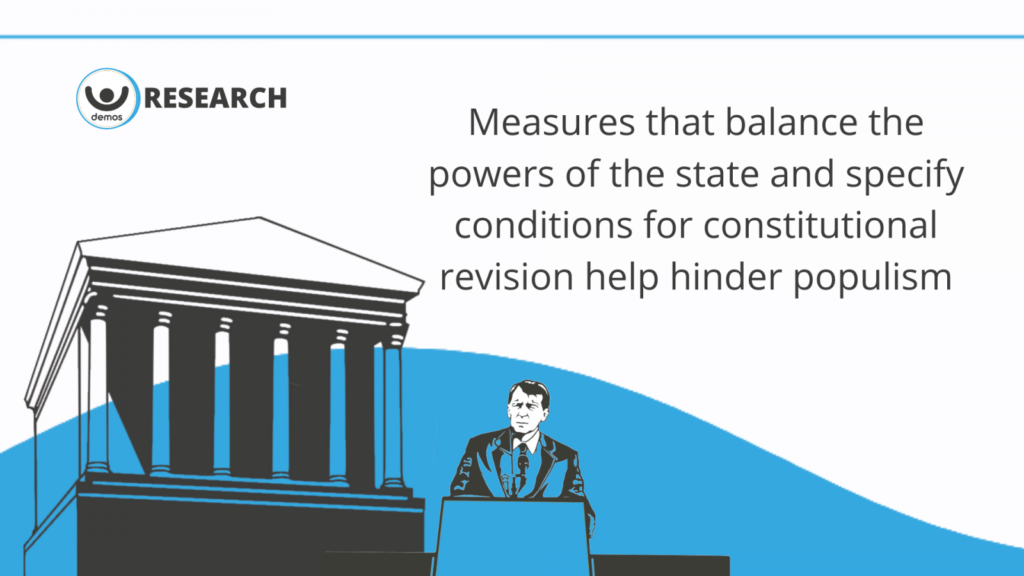 Populists hate to be unpopular. That is why they have proved so bad at handling Covid-19, a crisis that brings nothing but grim news — death, economic destruction and curtailed freedoms, The FT’s Gideon Rachman writes:

Observing this pattern, Francis Fukuyama of Stanford University speculated to the BBC recently: “The Covid-19 epidemic may actually lance the boil of populism.” Matthew Goodwin, co-author of National Populism — The Revolt Against Liberal Democracy, recently set out a chain of entirely plausible events, which would change the tone of world politics over the next few years. These would include the electoral defeat of Messrs Trump, Bolsonaro and Johnson, the re-election of President Emmanuel Macron in France and a slump in support for the AfD. Collectively, Mr Goodwin suggests that would mean, “Liberalism is back. Populism is out.”

The way in which institutions of democratic governance are set up and working could favour or hinder the spread of populism in Europe, says a new DEMOS research report (above). The think-tank found that countries with regulations that balance the powers of the state, specify conditions for constitutional revision, and boost citizens’ participation in decision-making create an effective environment against populism.

Liberals have good cause to hope that populism will emerge severely damaged by Covid-19. But they should not celebrate too soon, the FT’s Rachman adds. The forces that first fuelled populism have also not disappeared. As Mr Goodwin points out, some of the social groups most drawn to populism — people without a university education and the poorly paid — will be hit particularly hard by an economic slump.