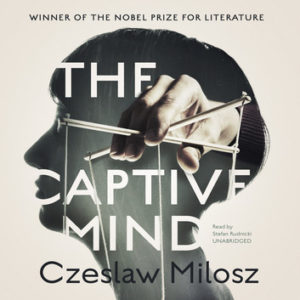 In “The Captive Mind,” Czeslaw Milosz documented the collusion that accompanies democracy’s collapse. While his message holds special relevance for those living in autocracies, its resonance extends to both free and unfree nations today, says Charles Edel, a senior fellow at the United States Studies Centre at the University of Sydney, who previously served on the U.S. Secretary of State’s policy planning staff.

He reminds us that yes-men always accompany the rise of would-be authoritarians. Pointing to the roles that fear, greed, tribalism and ambition play, he underscores that while the motivations for accommodation can vary, the end result — obedience — remains constant, he writes for The Washington Post. 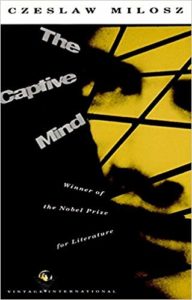 Milosz also makes the powerful case that art can be a weapon against autocracy, adds Edel, co-author of The Lessons of Tragedy: Statecraft and World Order:

Today, we are not accustomed to thinking of either the poet or the odd intellectual as radical voices of subversion. And yet, totalitarian states feared that original thought from any quarter could prompt action uncontrolled by the state. …In Ma Jian, the Chinese author and dissident living in self-exile in London, another champion of freedom and opponent of authoritarian leaders, Milosz might have recognized a kindred spirit. After all, Milosz intended “The Captive Mind” to serve as a weapon in the arsenal of democracy, writing that “this book is at the same time a battlefield, in which I have given shape to my combats with the doctrine I have rejected.”