A no-deal Brexit that weakens Britain and poisons EU-U.K. relations would be a disaster, undermining the North Atlantic Treaty Organization and one of America’s most important and valued allies, says foreign policy analyst Walter Russell Mead. It is crucial from the U.S. perspective that any divorce settlement maintain Western and allied cohesion in a dangerous world, he writes for The Wall Street Journal:

Some Europeans may view Brexit mainly as a matter of economics, but it is also inescapably a major security concern for the West. The relationship between post-Brexit Britain and the rest of the West cannot be evaluated simply as an internal matter for the EU. Britain may be leaving the EU, but it is not leaving the American-led Western alliance. The implications of a nasty and brutal Brexit for the Atlantic community are too consequential for Washington to ignore. 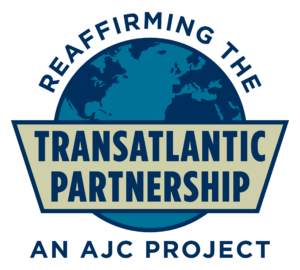 Brexit will of course have far-reaching political consequences, adds Joschka Fischer, former German Foreign Minister and Vice Chancellor. In terms of its day-to-day affairs, the EU is largely perceived as a common market and customs union, he writes for Project Syndicate:

But at its core, it is a political project based on a specific idea about the European system of states. This idea – not the economics of the matter – is what Brexit is really about. And it is why the UK’s decision to leave the EU – with or without an exit agreement – will have a profound impact on the twenty-first-century European order.

At a “defining moment” of strain in the transatlantic alliance, dozens of world leaders this week pledged support for the “vital’ partnership of democracies.

But enthusiasm for the alliance is waning across the United States, according to a prominent analyst.

While the US and Britain are obsessed with the threat from Russia, the west’s true, long-term strategic challenger and global ideological competitor, China, has been steadily extending its influence on every continent. If Brexit goes ahead an acrimonious divorce between the UK and EU will further diminish the US commitment to Europe, argues Oxford University’s Timothy Garton-Ash.

American Atlanticism has diminished, is diminishing and will continue to diminish, he writes for The Guardian:

The head of a programmatically Atlanticist think-tank in Washington told me: “It’s like going into a church and finding half the pews empty.” And he’s talking about the foreign policy elites who provided, so to speak, the Atlanticist choir. The wider American congregation has always been reluctant to worship in that church.

There is nothing like a bit of venom from the White House to unite Europe’s “progressive liberal center,” says the man who is Chancellor Angela Merkel’s No. 2.  “Europe won’t be pushed around,” said Germany’s finance minister Olaf Scholz. “The present U.S. administration, if you will, has become a catalyst for an ever-closer European integration process,” he told The New York Times.

Scholz is sanguine about Germany’s ability to weather the challenges brought on by the arrival of more than a million migrants since 2015, and the populist backlash that has followed, The Times adds:

“German democracy is stable,” he said. “It has grown over many decades and is now deeply rooted.”

As for populism elsewhere, governments come and go, Mr. Scholz says, but Germany’s links to the United States — based on what he called “a shared democratic tradition of civil rights and liberal democracy” — run deeper.

In any case, “Europe is sizable,” he added: “Europe’s G.D.P. is bigger than that of the United States.”