“They are heroes because they were fighting for democracy and civil society with no real hope that they would achieve their aims,” celebrated Chinese artist Ai Weiwei says of Hong Kong’s democracy movement. “They are clear, well educated and above all sincere. They were fighting not for jobs or money but things that seem to be abstract. It is about human dignity. I really think I am one of them.” 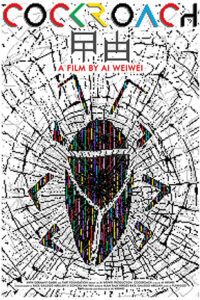 In his new film, Cockroach (above), he makes the case that the activists are impressive because, while living in one of the most unaffordable cities in the world, they fought not for material improvement but for principles. But he fears that “mainlandization” will eventually happen, given the Communist regime’s callous determination and strategic resolve, the Guardian reports:

Ai’s late father, Ai Qing, a poet, was exiled to Xinjiang during Mao’s Cultural Revolution, where he cleaned communal toilets for five years and, according to his son, lost vision in one eye because of poor nutrition. His poems were not published until after his “rehabilitation” in 1979.

“They have no other way to do it, because they don’t negotiate. They don’t have any tolerance. They don’t give an inch. They simply arrest the people who disagree. This is most effective. I know from my own experience, but they have been controlling like this for 70 years. In my father’s day, one million intellectuals disappeared and nobody knew. Today, terrible things are on the news and nobody cares. I don’t know which is worse.”