Leading Polish intellectuals are speaking out against the country’s judicial reforms. Fearing Poland’s democracy is at stake, they have urged the European Court of Justice to intervene, Deutsche-Welle reports: 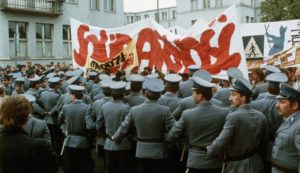 Former Polish President Lech Walesa, who famously headed the country’s anti-communist Solidarity reform movement during the 1980s, has largely retired from politics. But he could not help speaking out against the country’s controversial judicial reforms. The 75-year-old Walesa, like many of his compatriots, is outraged that Poland’s governing Law and Justice party (PiS) is gradually overhauling the country’s judicial system, despite fierce criticism from the European Union. In a statement released last week, Walesa expressed “deep concern over the crisis brought about by the far-reaching changes to Poland’s judiciary,” and urged Brussels to take action.

As the EU prepares its 2021-27 budget, support is growing among some western governments for a proposal to make the flow of aid funds to Hungary, Poland and others conditional upon respect for the rule of law. Officials in Brussels believe there are ways to do this without triggering a veto from Budapest or Warsaw, notes Tony Barber, Europe Editor of the Financial Times. However, if such a proposal were to take effect, there would surely be a backlash in Hungary and Poland, and perhaps in Bulgaria, Romania and other states, too, he writes for Chatham House, the London-based foreign policy think-tank:

Meanwhile, politicians in Balkan countries might well shrink from pursuing membership of a club that, going against the grain of its traditions, proved so willing to punish its members. In this manner, the window of opportunity that is open to integrate all the Balkans into western institutions would slam shut. It would remain a region prone to manipulation by outside powers − notably Russia and Turkey − and vulnerable to its own internally generated instability.

If the European Union is to remain viable and democratic at the same time, policymakers will have to pay closer attention to the demanding requirements of delegating decisions to unelected bodies, argues Dani Rodrik, Professor of International Political Economy at Harvard University’s John F. Kennedy School of Government. They should promote such a delegation of sovereignty only when it truly enhances the long-term performance of their democracies, he writes for Project Syndicate.

‘Illiberal democracy’ is a term coined for regimes that are different from both liberal democracies and the versions of autocracy we are familiar with, argues Janos Kis, professor of political science and philosophy at Budapest’s Central European University, in a contribution to the CEU’s Rethinking Open Society project: 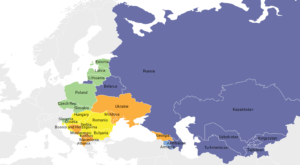 The U.S. Assistant Secretary of State for Europe, A. Wess Mitchell, recently outlined a new strategy toward the Continent that suggested a shift away from longtime allies, such as France and Germany, and toward newcomers in Central and Eastern Europe, where populism flourishes and democratic norms are being challenged, foreign policy analyst Susan Glasser noted in the New Yorker.

It’s a mistake to see the test of Europe’s unity only as a test for liberal democracy. It is also a struggle of nations against empire, of the Continent’s smaller countries against German mastery and Northern European interests, in which populist parties are being elected to resist policies the center sought to impose upon the periphery without a vote, Ross Douthat writes for the New York Times.

Two recent essays make this point well; a short piece by Branko Milanovic, a former lead economist for the World Bank, and a longer one by Damir Marusic, the executive editor of The American Interest, he notes:

Most of these nations, Milanovic continues, experienced the events of 1989 primarily as a national liberation, and only secondarily as a victory for liberal principles over totalitarian or authoritarian alternatives. And the nation-states that emerged from ’89 tended to be ethnically homogeneous and proudly so, with their political independence and sense of shared identity inextricably linked.

So it should not be surprising that countries so recently emancipated would embrace the project of European Union liberalism only insofar as it does not seem to threaten either their long-traduced sovereignty or their just-reclaimed identity, and would be wary of a cosmopolitan vision that seems like it could dissolve what they so recently have gained.

As Marusic writes in his essay, from a liberal-cosmopolitan perspective that “sees 1989 primarily as an ideological triumph” for universal values, “much of the politics of the past 10 years in Eastern Europe can only be seen as backsliding,” with leaders like Viktor Orban “a symptom of political decay.”

But from the vantage point of those same countries, for whom independence itself feels hard won and precarious, it seems strange that they should be expected to surrender to a different form of empire just because it dresses its appeals in the language of universal liberalism — especially when the language has a distinctly German accent.

Between west and east mutual disillusionment is growing, interests are conflicting in more and more policy areas, and even certain values appear to be diverging, the FT’s Barber observes. To the extent that the transatlantic alliance slips into deeper trouble, so the outlook for freedom, democracy and national independence in east-central Europe will darken, he adds.