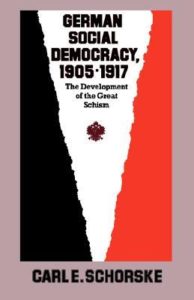 The crisis facing Germany’s Social Democrats is shared with advanced democracies’ traditional big-tent parties on both the left and right, according to The FT’s Tobias Buck:

The party lacks a great unifying theme. It pushes for pension increases – and comes across to young voters as staid and backward-looking. It fights to keep Germany’s coal mines open – and turns off environmentally conscious city dwellers. It argues for generosity towards refugees – and repels traditional voters anxious about the surge of foreigners in their midst.

“The SPD has a leadership problem and a narrative problem,” says Andrea Römmele, a professor at Berlin’s Hertie School of Governance. “The party has no story to tell to the voters, and 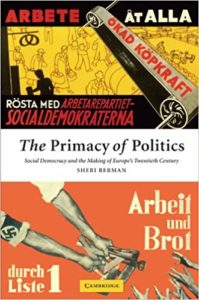 a story is what voters need.”

With the exception of countries like Britain and the US, whose first-past-the-post electoral system favours party duopolies, the drift towards political fragmentation looks unstoppable, Buck adds.

“The SPD is first in line to suffer the consequences of this shift, but it won’t be the only one,” argues Römmele, the political scientist. RTWT