It is beyond dispute that the massive voter turnout for Zimbabwe’s July 30 presidential election demonstrated that Zimbabweans want a transition away from the divisions, brutality and economic ruin of the Robert Mugabe era, according to the leaders of a joint International Republican Institute (IRI) and National Democratic Institute (NDI) international delegation* which observed the poll.

Zimbabwe, however, has not yet established a process that treats all political parties equitably and allows citizens to be confident that they can cast their votes and express political opinions free from fear of retribution, they write.

The election aftermath has been a brutal reminder of the problems of Zimbabwe’s transition to a mature African democracy, notes Sue Onslow, deputy director of the Institute of Commonwealth Studies. Already a warning has come from an influential American election observer that the army’s violent behavior will have a disastrous influence on Congress’ review of US sanctions and Washington’s willingness to agree to IMF support for debt restructuring. Mnangagwa’s PR strategy of Zimbabwe ‘open for business’, ushering in a new era of reconciliation and reform, has been dented, probably irretrievably, by the Zimbabwe army’s determination to dictate politics, she adds.

The IRI-NDI delegation propose a number of reforms that the government of Zimbabwe should address: 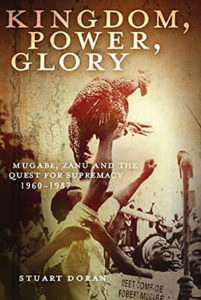 *Ellen Johnson Sirleaf was President of Liberia; Catherine Samba-Panza was Interim President of the Central African Republic; Karen Bass is the Ranking Member of the US House of Representatives African Affairs Sub- Committee [and a board member of the National Endowment for Democracy]; Constance Newman and Johnnie Carson each served as Assistant Secretary of State for African Affairs, respectively, under President George W. Bush and Barack Obama. Johnnie Carson and Constance Newman co-led the IRI-NDI post-election delegation to Zimbabwe from September 4 to 7, 2018.