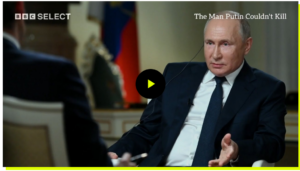 No matter how tight his control over Russia has become, Vladimir Putin cannot alter a basic reality: his ability to carry out his war on Ukraine and his crackdown at home depends on the readiness of Russian troops, police, security officials, and others to follow his orders, note Stephen E. Biegun and David J. Kramer. If they stop doing so, Putin is finished. Washington should be encouraging these actors to rethink their loyalty to a man who treats them as dispensable pawns in pursuit of his dangerous aims.

U.S. policy can make a meaningful difference in precipitating opposition to Putin, especially in Russia’s military and diplomatic corps, they write for Foreign Affairs.

The immediate focus of the United States and allies must be on the Russian military and diplomatic corps to encourage defections. Putin’s orders are worthless if Russian soldiers and diplomats refuse to carry them out—if they recognize that the emperor has no clothes. Ultimately, the result might be that the emperor is no more, add National Endowment for Democracy (NED) board member Biegun, Deputy Secretary of State from 2019 to 2021, and Kramer (below), Managing Director for Global Policy at the George W. Bush Institute and a former Assistant Secretary of State for Democracy, Human Rights, and Labor. RTWT

What is President Vladimir Putin’s primary motive, and are U.S. sanctions going to make a difference? David J. Kramer, Managing Director of Global Policy at the Bush Institute, addresses your submitted questions on the crisis in Ukraine. pic.twitter.com/aQYpn7vTQA