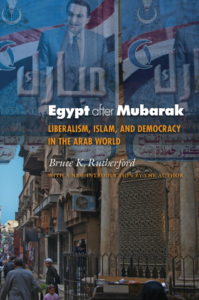 President Abdel Fattah el-Sisi’s Egypt is a dangerous place for dissidents. Under Sisi’s command, the military and security forces used extraordinary violence to consolidate power in the summer of 2013 that cost at least 817 lives, notes Bruce Rutherford, Associate Professor of Political Science at Colgate University and the author of Egypt After Mubarak: Liberalism, Islam, and Democracy in the Arab World. Security forces detained, charged, or sentenced at least 41,000 people between July 2013 and April 2014, mostly because of their alleged association with the Muslim Brotherhood. Egyptian police forcibly disappeared citizens, leaving no legal trail. The parliament passed laws in 2017 and 2018 that empowered the government to closely monitor civil society organizations and media outlets.

Egypt’s new authoritarianism isn’t simply a continuation of the rule of former President Hosni Mubarak, whose dictatorial tendencies led to his overthrow. It is more repressive and more brutal, he writes for Foreign Affairs:

Egypt’s political leaders will be understandably reluctant to bolster institutions that might constrain their power. Activists and governments must convince these leaders that they will benefit from the same measures that will also make the Egyptian people safer and more free—a rare case in which the interests of the people and the regime align. There is little in the current political landscape to encourage supporters of greater human rights and dignity. Strengthening the rule of law may be the only peaceful way to improve the lives of ordinary Egyptians living under an increasingly brutal dictatorship.