In April Jamal Khashoggi gave a speech, saying the dangerous idea of the benevolent autocrat, the just dictator, is being revived in the Arab world, notes The New York Times.

A Saudi friend of mine who was raised abroad openly defends the term “benevolent autocracy.” He is prepared to write about the value of benevolent autocracy in an American newspaper and thinks it is the best choice for Saudi Arabia, said Khashoggi:

It is the old notion of the “mustabidu al-adl,” or the just dictator, that died with the rise of Abd al-Rahman al-Kawakibi, a late-19th-century Arab-Muslim reformist of Syrian origin. The Arab and Muslim intellectuals who followed Kawakibi supported democracy or at least some variant of it. Regrettably, though, the idea of the benevolent autocrat, the just dictator, is being revived in the Arab world. A chorus of anti-democratic Arab and non-Arab voices are using the media and the lobbyists to oppose democracy. 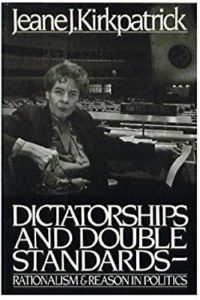 The “liberalizing autocrat” turns out to be a rare creature indeed. Autocrats, as it happens, are disinclined to lay the foundations for their own demise, adds Robert Kagan, a senior fellow at the Brookings Institution and author of “The Jungle Grows Back: America and Our Imperiled World.” They do not create independent political institutions, foster the rule of law or permit a vibrant civil society precisely because these would threaten their hold on power. Instead, they seek to destroy institutions and opposition forces that might someday pose a challenge to their dictatorial rule, he writes for The Washington Post:

During the 1960s, the political scientist Samuel P. Huntington argued that what modernizing societies need is order, not liberty. During the late 1970s, Jeanne Kirkpatrick used this argument to defend supporting “friendly” right-wing dictatorships — on the theory they would eventually blossom into democracies if the United States supported them against their opponents, but would give way to radical, communist governments if the United States withdrew support.

It is remarkable how much power these kinds of arguments retain, despite their having turned out to be mostly nonsense. Kirkpatrick had it exactly backward. Communist governments were the ones that undertook reforms that led to their unraveling and a turn to democracy, however feeble. Meanwhile, authoritarianism persisted in the Middle East and elsewhere, except where the United States did withdraw support, as in the Philippines, South Korea and Chile; only at that point did they become democracies.

Jamal Khashoggi, the Saudi Arabian journalist who was killed by Saudi agents inside the Saudi consulate in Istanbul on Oct. 2, was the keynote speaker at a conference in April organized by the Center for Middle East Studies at the University of Denver and the Center for the Study of Islam and Democracy [a partner of the National Endowment for Democracy] in Washington.