Opposing the Iranian regime doesn’t have to mean sanctioning its banks and oil, argues Abbas Milani, the director of Stanford University’s Iran studies program. Milani cannot be called a squish when it comes to Iran; he has devoted much of his scholarship to the regime’s struggle against modernity and to understanding the country’s democracy movement, Bloomberg’s Eli Lake reports. The best policy today is to encourage a democratic transition, he tells Lake:

Before Trump re-imposed the sanctions in 2018, Iran’s economy was already in trouble. Its banks were failing. A new round of protests that started at the end of 2017 blamed the regime’s leaders for lavishly spending on a war to save Syria’s dictator while neglecting domestic priorities. Ecological mismanagement had led to drinking water shortages. Add to this a growing movement among former reformers and activists demanding changes to the constitution to limit or eliminate altogether the office of the Supreme Leader. All of this is evidence that Iran’s leaders lacked popular legitimacy before Trump re-imposed crippling sanctions.

There is still popular unrest. In March, for example, Iranian teachers conducted a nationwide strike for better pay. Iranian rail workers and bus drivers have conducted strikes in the last year as well.

That movement is worth supporting, but the U.S. must use a careful light touch, Milani contends. RTWT 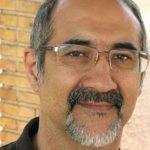 Kian Tajbakhsh (right) spent a decade working through the Open Society Institute with reformist politicians to build a civil society in Iran and try to move the Islamic Republic in a new direction—one in which there were genuinely free elections, an end to censorship, freedom of religion—and only now does he realize how naive they had been, notes analyst Eric Randolph.

He thought the reformists were wrong. They could not let go of their long-held hopes for the Islamic Republic. They still felt it could be made compatible with a Western conception of human rights and democracy, he writes for The New York Review of Books:

The reformists imagined a system with free elections and unfettered civil society, yet with religion still entirely intertwined with politics. Their desire for reform was driven by some mixture of guilt and a wish for redemption: they had been among the most radical in the early days of the revolution—“worse than the Taliban,” as one put it—and they needed to believe that all that effort had been worthwhile….They had put their faith in gradual reform and it had failed. They had put their faith in the nuclear deal and its promise of economic rejuvenation and that, too, had failed. And they knew the nezam {the system] had spent years honing its ability to crush the slightest hint of dissent and unrest…

“The reformists would say—and still say—that they are pushing for the democratic interpretation of Islam that Khomeini really wanted for Iran,” Kian said. During his months in solitary, though, when his thin thread to sanity was the few books he could borrow from the Evin library, Kian had requested the entire collected speeches and writings of the Ayatollah.

“There is this idea that the Revolutionary Guards Corps are not fighters anymore, that they have become criminal mafiosi, fat and happy, and only interested in material goods. I’m not convinced,” Kian said. “There is increasing radicalization in the seminaries and the security apparatus. The war in Syria has shown that they are willing to fight and die. They will never abandon their fundamental belief that the policies of the West are unjust and illegitimate.”