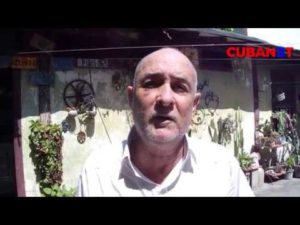 Communist-run Cuba has imposed sweeping price controls on all state and private businesses as it battles a deepening economic crisis and mounting U.S. sanctions, Reuters reports:

Resolutions published in the official gazette banned all retail and wholesale price increases except for products imported and distributed by the state where already-set profit margins cannot be increased. “In effect they have suspended what there is of a market,” a Cuban economist said, asking not to be identified due to restrictions on talking to foreign journalists.

Economist Andrew Zimbalist, a Cuba expert at Smith College, said, “Such measures are usually okay for short periods of time, but if they stay in place they begin to create serious distortions in the economy.”

The economic crisis will undermine the regime’s efforts to establish “Market-Leninism” – a market socialist model with Cuban characteristics.

“In Cuba they’ve been thinking about transition and ‘the day after’ for a long, long time, but that debate has focused on to what degree to open up the economy and whether to go farther toward a Vietnam or China model,” says Eduardo Gamarra, an expert in Latin American democratization at Florida International University in Miami.

The U.S. is open to engagement with Cuba, but only if the regime “renounces its oppressive behavior,” said the U.S. Secretary of State, Mike Pompeo.

“We’re doing everything we can here to support the Cuban people,” although “the list of challenges is long,” he said in a telephone interview with DIARIO DE CUBA, specifying the regime’s human rights abuses.

“You see with [journalist] Roberto Quinones (above) and his recent detention,” he said. “We know the story of the Ladies in White, right. This is a government that has denied these most basic freedoms to the Cuban people.” Quinones recently reported that How Night Fell by Huber Matos remains banned in Cuba.

It is also imperative to break the ‘Cubazuela‘ connection, Pompeo added. “Any new leader in Venezuela must get the Cubans away from the security apparatus,” he told Pablo Díaz Espí, Diario’s director.

“That connection, that link through the security team prevents the Venezuelan people from having the opportunity that they need to grow their economy and to restore democracy in their country,” he said. “That is not going to happen with hundreds and thousands of Cuban security officials, intelligence officials, military officials there with this very, very tight link.”

Pompeo’s comments come at a time of escalating repression of civil society activists and independent journalists.

The regime’s actions are generating an atmosphere of tension similar to that preceded by the raids of the Black Spring (2003), when 75 dissidents were convicted to long sentences in Castro prisons, Miriam Celaya writes for Translating Cuba. What stands out now is that the harassment remains constant, especially — although not exclusively — against the youngest and most active members of the emerging civil society, she adds.

Cuba this week relaxed controls on Internet access in an effort to defend the regime’s legitimacy both in the real and virtual worlds. 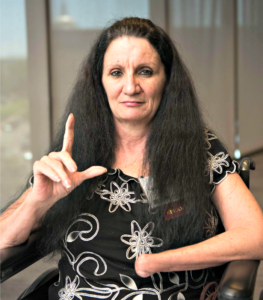 The Center for a Free Cuba is assisting human rights activist Sirley Avila Leon, who lost her hand due to a machete attack by Cuban government agents in 2015. She recently spoke to a group of teachers at an event organized by Victims of Communism Memorial Foundation and met with other human rights organizations.

The Human Rights in Foreign Affairs seminar, organized by the Václav Havel Institute of the Center for the Opening and Development of Latin America (CADAL, Argentina), was held on May 6-10, 2019, the NED’s International Forum adds. CADAL also organized a conversation Cuban historian and political activist Manuel Cuesta Morúa on “The Fight for Democracy and Human Rights in Cuba.”