The world’s most violent places are polarized, unequal democracies. There is a way to make them safer, argues Rachel Kleinfeld, a senior fellow in the Carnegie Endowment’s Democracy, Conflict, and Governance Program:

Violence takes root in highly unequal, polarized democracies. Politicians and business leaders want to keep power. But if they are corrupt, they can’t necessarily win fair elections. So they fill their campaign coffers with donations from organized criminals, use gangs to intimidate opposition voters, and collude with violent groups to make sure they stay in power, despite the supposed “democracy.” 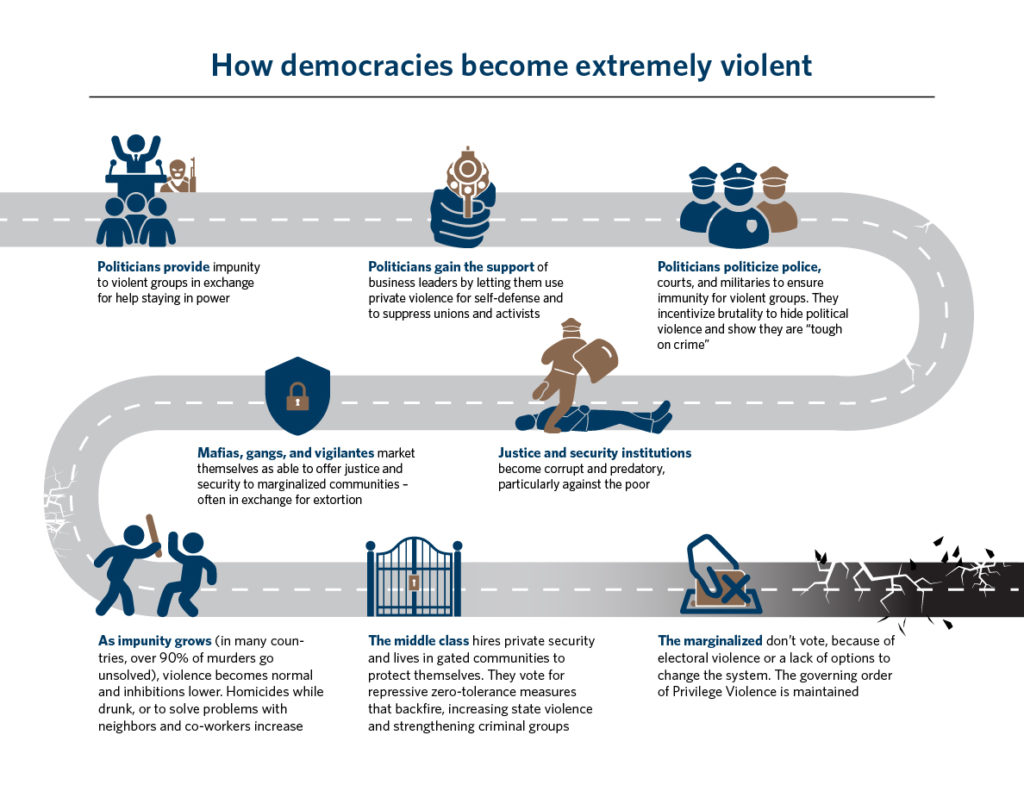 A handful of violent democracies are just weak states, like the Wild West. But far more common are democracies that have become violent because politicians provide impunity to organized criminals, adds Kleinfeld, author of A Savage Order. and an advisor to the NED’s Penn Kemble Forum. Sometimes, the deal is to allow violence in exchange for bribes—such as when a drug 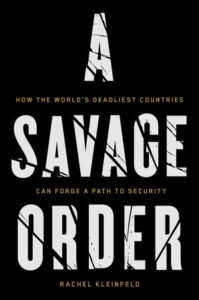 cartel funds a political campaign. In other places, politicians might hire gangs at election time to stop people from voting for the opposition, and then allow the gangs to commit crime between elections without being punished, she notes:

Take Venezuela, now the most violent country in the world. The Venezuelan minister of justice has been indicted by the U.S. Drug Enforcement Administration for drug smuggling, and the military is riddled with cartel connections. So when the cartels commit violence against citizens, the government isn’t going to prosecute. Meanwhile, the government hires thugs, known as collectivos, to intimidate opposition leaders.

Most people think that extremely violent democracies, such as Honduras or El Salvador, are too weak to fight the violence that overwhelms them. The United States sends them billions in aid and security cooperation. But the security services of these countries have been deliberately undermined, so money and training won’t help. 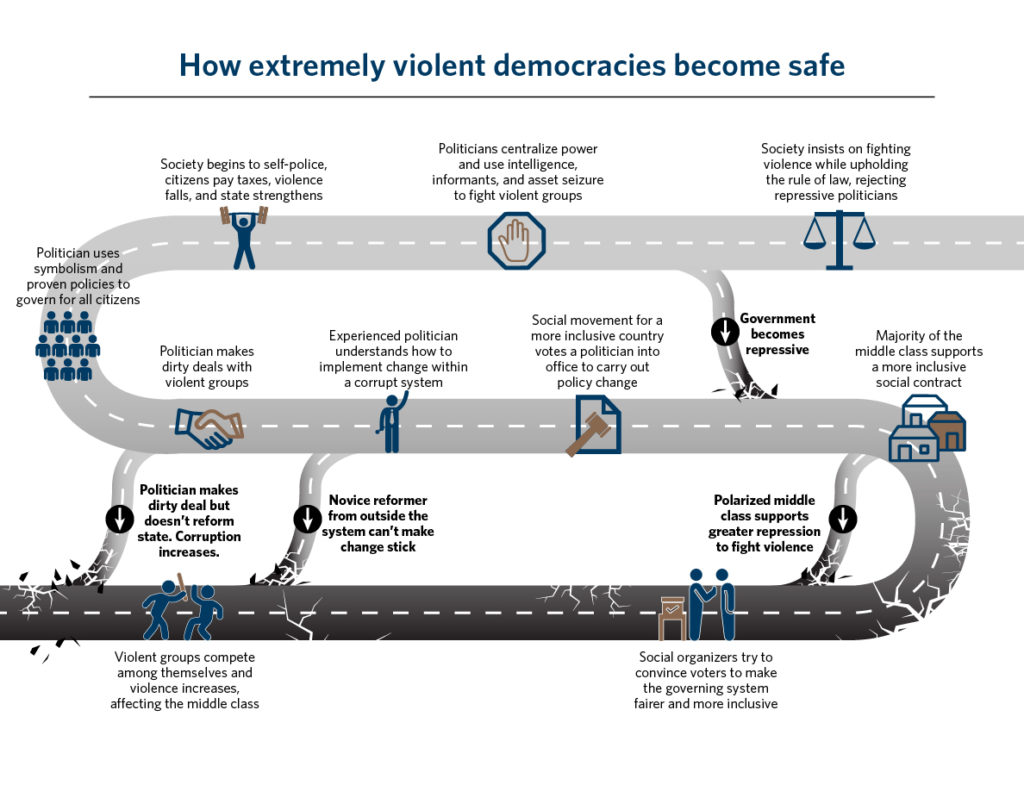