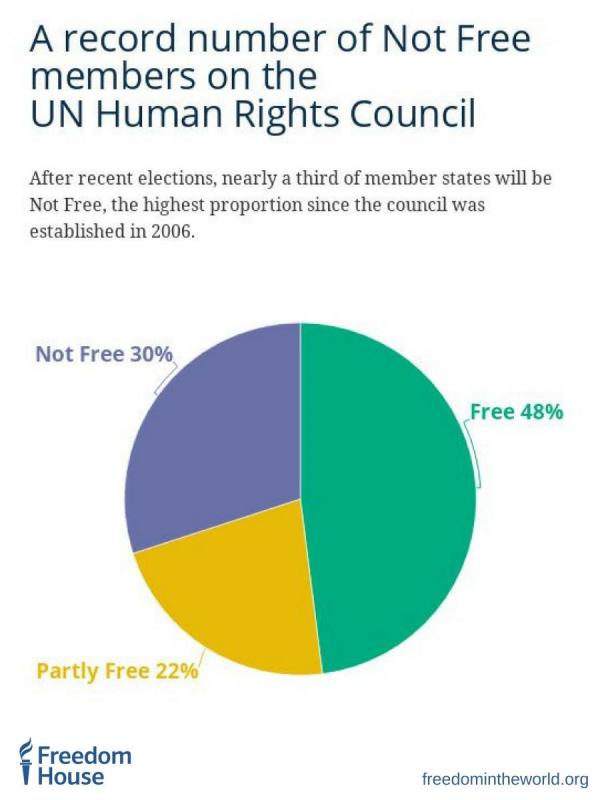 A U.N. human rights expert says his efforts to highlight Iranian harassment of BBC Persian service journalists are unlikely to result in the world body acting against Iran. David Kaye, the U.N.’s special rapporteur on the promotion and protection of the right to freedom of opinion and expression, spoke with VOA Persian in a Monday interview:

Asked what the world body would do next after he raised the issue of Iran’s treatment of BBC Persian in an October 22 speech to the U.N. General Assembly’s 3rd Committee, he said: “To be honest, I don’t expect the 3rd Committee to do all that much.”

“Normally, one would expect that in the case of a human rights crisis or of rights violations, the General Assembly or its Human Rights Council would issue a resolution or something like that. I don’t expect that to happen here,” Kaye said.

The October 12 elections for seats on the UN Human Rights Council ushered in several new members with abysmal records on democracy and fundamental human rights. At the same time, even some of the democratic countries on the council are experiencing government-driven backsliding that casts doubt on their commitment to the norms and values the council is meant to uphold, note Freedom House analysts Robert Herman and Michael Gallagher:

According to Freedom in the World, Freedom House’s annual global analysis of political rights and civil liberties, the 46 new and returning council members include 22 countries rated Free, 10 Partly Free countries, and 14 that are considered Not Free. This mixture broadly resembles that at the global level, but the council has a somewhat smaller share of Partly Free countries and a thicker slice of Not Free countries than the world as a whole.

Indeed, the proportion of Not Free members, 30 percent, is the highest since the council was established to replace the UN Commission on Human Rights in 2006. Undemocratic regimes are represented in many multilateral institutions, but their strong presence on the Human Rights Council is in direct conflict with its mission.

“Ultimately, the emergence of a robust Human Rights Council that lives up to its ample potential depends on the participation of credible and dedicated members,” Herman and Gallagher add. “Only through committed and collective action will meaningful human rights progress be achieved and the legitimacy of international institutions be strengthened.”