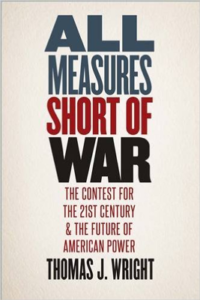 With neo-authoritarianism on the rise, the old assumptions undergirding a common set of Western values just won’t do, a prominent analyst suggests.

Framing the primary goal of American strategy as maintaining a liberal world order completely misses the point, argues Brookings fellow Thomas Wright. It sends a message to the American people that their job is to maintain the order far from home because otherwise it will encourage further aggression. This sounds rather abstract, particularly at a time when external powers threaten liberties at home and among America’s closest democratic allies.

Perhaps a stronger approach would be a “free world”

strategy—one that preserves liberty at home and in other democracies, he writes for The Atlantic:

If you believe in a free and open society based on the rule of law, whether you are a constitutional conservative, a centrist, or a progressive, you cannot just mind your own business at home. Your vital interests are directly threatened by this competition of models. If you want to protect your democracy or a free press or the rule of law or an open internet or the integrity of critical infrastructure or nongovernmental organizations or countless other things, actions at home are necessary but not sufficient.

You need to support a competitive foreign policy that pushes back against neo-authoritarianism, adds Wright, author of All Measures Short of War: The Contest for the 21st Century and the Future of American Power. RTWT