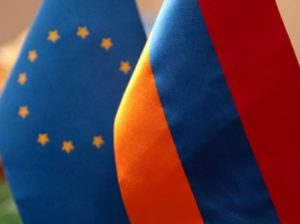 Impressed by the level of civic involvement in Armenia’s current transition, the European Union is ready to observe forthcoming elections and strengthen democratic processes, said the chair of a visiting European Parliament delegation this week.

“This transition took place within the constitutional framework and without casualties, for this alone, all sides deserve our recognition,” said David McAllister.

It’s more important than ever for the United States and the international community to get behind Armenia’s Velvet Revolution, argues Alex T. Johnson, the Senior Policy Advisor for Europe and Eurasia at the Open Society Policy Center. 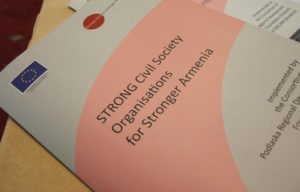 Getting involved sooner rather than later would offer Armenia a chance to shore up its government and improve its economy, which is what many of its neighbors—notably, Ukraine and Georgia—failed to do following their color revolutions, he writes for the Hill:

The United States has a couple of tools to deploy from its foreign policy toolkit. The National Endowment for Democracy already allocates $1.3 million a year to Armenia for democracy development. This investment should be increased and coupled with innovative exchanges like the International Visitors Leadership Program. The U.S. Congress runs a few key exchange projects, which would have greater impact if accelerated with Armenia, particularly the  and

His first priority is to stop the corruption that has been leaching away the creative and entrepreneurial spirit for which Armenians are often known. “Unfortunately, Armenia was a very corrupt country in the last 25 years,” Pashinyan told me, with cronies close to the leadership taking what amounted to a private tax on the economy. “People were fed up with

that situation,” he said.