Armenia could become a laboratory for post-Soviet democracy, analysts suggest.

“This is a wake-up call,” says Richard Giragosian, director of the Regional Studies Center. “This is a scary message for neighboring Turkey, neighboring Azerbaijan – the more autocratic, authoritarian states whose corrupt, entrenched elites may be under much of a degree of defensive paranoia.” 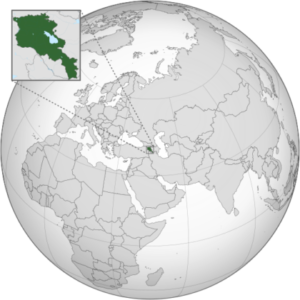 If it succeeds in transforming a once-stagnant post-Soviet state into a dynamic and democratic one, the model set by Armenia’s revolution could be profound, he adds.

The revolution was widely hailed as a victory for civil society – in short, for opposition figures who has maintained their commitment to democracy values and institutions. Civil society groups might find it easier to work with the new government, one analyst suggests, but international experience suggests they risk jeopardizing their independence, autonomy, and ability to hold powerful actors to account.

But a sustainable democratic transition requires establishing an ’institutional backbone” to ensure there is no reversion to corrupt, autocratic governance, says Daron Acemoglu, a Turkish born Armenian economist.