Cuban civil society and human rights activists are expressing concern over the fate of former political prisoner Rolando Rodriguez Lobaina. Four days ago, the freelance journalist and human rights defender “was regulated” – denied his rights to travel freely – and reports suggest he has since been detained. His family reports that the secret police say they arrested him but released him an hour later. The family knows nothing about Rolando and they fear for his life, John Suarez writes for Notes From The Cuban Exile Quarter. 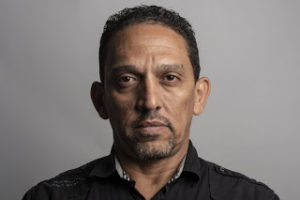 “We denounce the arbitrary detention and the violation of the right to travel perpetrated against Rolando Rodríguez Lobaina (right),” said the Alianza Democrática Oriental (ADO).

“At this moment we are very worried about his disappearance,” said activist Yeris Curbelo. “The members of the Eastern Democratic Alliance and family members of Rolando are trying to get the authorities to provide information on where they are being held, but we have not had any luck.”

“Again and again, Jorge and Nancy have been arrested, threatened, and harassed relentlessly by Cuban authorities,” she observed. “In the wake of Decree 349, a 2018 regulation that gives Cuban officials broad purview to regulate the cultural sector, we have seen an immense uptick in threats against artists, writers, intellectuals, and other creatives.”

Cuba is assessed as “not free” by Freedom House, receiving an aggregate score of just 14 on a scale where 100 is most free.

The Communist regime continues to repress and punish dissent and public criticism, according to the latest World Report 2020 from Human Rights Watch. The number of short-term arbitrary arrests of human rights defenders, independent journalists, and others was lower in 2019 than in 2018, but remained high, with more than 1,800 arbitrary detentions reported through August. The government continues to use other repressive tactics against critics, including beatings, public shaming, travel restrictions, and termination of employment, the report adds. 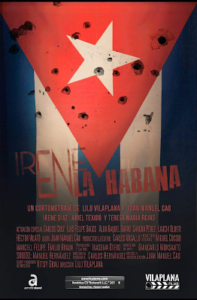 The threats facing Cuban dissidents are portrayed in “Irene in Havana,” a short film by Lilo Villaplana that includes scenes – The Cathedral, the Paseo del Prado, the Malecon and the Cabaña – filmed clandestinely in Cuba, Suarez  adds. The script is by journalist Juan Manuel Cao, a prisoner of conscience in Cuba who at age 20 was jailed for three years for “enemy propaganda.” He spent time in the Combinado del Este, La Cabaña and Mazorra, a psychiatric facility were he was tortured.

The Trump administration can cripple the Cubazuela axis by targeting both Cuba and Venezuela at the same time, argues Otto J. Reich, a former US Ambassador to Venezuela and Assistant Secretary of State for the Western Hemisphere. Since the administration already has imposed myriad sanctions on Venezuela, the best way to increase pressure on the Maduro regime is to hold its Cuban patrons accountable for their destructive role in Venezuela, he writes for The Miami Herald: