This year, the European elections set for late May have continent-wide themes and a continent-wide significance, notes Anne Applebaum, a board member of the National Endowment for Democracy. Ironically, or perhaps absurdly, that is because this year, the anti-Europeans — the politicians who want to sweep the institutions away altogether — are making a public attempt to work together, across national lines, to achieve common goals:

Strange though it sounds, this phenomenon, the Nationalist International (or perhaps the “Populist International”) is not new. The online activists, trolls and bots of the far right and the alt-right have long cooperated in cyberspace…..

The urge to solve these problems by walling off the country from its neighbors is not a new one in either Britain or the United States. It partly reflects geography: Both are separated from much of the world by water, allowing them to experiment with isolationism, The New York Times reports:

“Brexit and the border wall are driven by the same impulse,” said Robert Kagan, a foreign policy theorist at the Brookings Institution. “Both reflect the island nation approach to the world, ‘Wouldn’t it be great if we could just cut ourselves off from everybody else?’” “Britain, to some extent, is returning to one version of its roots, and America is returning to one version of its roots,” said Mr. Kagan, whose most recent book is “The Jungle Grows Back: America and Our Imperiled World.”

If the two countries are both vulnerable to gridlock, that is partly for historic reasons. As two of the world’s oldest democracies, they spring from the same, centuries-old model: the electoral system known as first-past-the post or winner-take-all. Democracies that developed later, like Sweden and Finland, introduced proportional representation, which allows for smaller parties to enter Parliament, The Times adds:

“In my lifetime, Britain has never been in a more fragile state,” said Matthew Goodwin, an author of “National Populism: The Revolt Against Liberal Democracy.” “British politics is in an almost nonstop state of crisis. There are very high levels of polarization.”

The Too Slow champions have come from the left, whether Bernie Sanders in the United States or Andrés Manuel López Obrador in Mexico. The Too Fast champions have mostly been nationalists from the right, whether President Trump or Boris Johnson in the Britain or Jair Bolsonaro in Brazil. 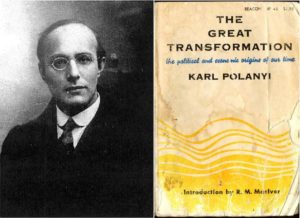 Populist politicians frequently champion direct democracy, yet other actors view populists as a threat to the democratic system. Ben Margulies writes for the LSE’s EUROPP blog draws on the work of Karl Polanyi in attempting to resolve this contradiction. He explains that populists typically believe democracy should be a vehicle for the people’s will, but crucially the people may never have the chance to change their minds – without the liberal principles of dividing and limiting powers, democracy might quickly transform into an autocracy.