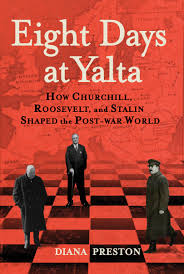 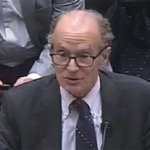 That policy sought to fulfill the promise of the Atlantic Charter for all of Europe—and this time was more successful. Nor is that narrative over, adds Fried, (right), a board member of the National Endowment for Democracy (NED). With respect to Ukraine, a country also seeking a future with an undivided Europe, those debates and those tensions apply to this day.

The leaders also agreed to democratic elections throughout liberated Europe – including for Poland, which would have a new government “with the inclusion of democratic leaders from Poland itself and from Poles abroad”, the BBC adds. But democracy meant something very different to Stalin. Though he publicly agreed to free elections for liberated Europe, his forces were already seizing key offices of state across central and eastern European countries for local communist parties.

Among the most pressing issues were the borders and future democratic freedoms of Poland, which Roosevelt and Churchill had pledged to safeguard, notes Diana Preston, the author of “Eight Days at Yalta: How Churchill, Roosevelt, and Stalin Shaped the Post-War World.” By February 1945, however, the Red Army was in control of most of Eastern Europe. As Stalin was fond of saying, “Whoever occupies a territory imposes on it his own social system,” and the Soviet Union was simply too powerful to resist.