Hungary’s Prime Minister Viktor Orban is on a quest to remake European politics by seizing the mantle of European Christian Democracy and exporting his illiberal ideology, Amanda Coakley writes for Foreign Policy.

In August 2019, the Economist explored how Orban’s Fidesz party has centralized power at the expense of democratic systems. That has included aligning the three branches of power in the country — executive, legislative and judicial — under Fidesz’s control, The Post’s Philip Bump observes:

The Varieties of Democracy Project at the University of Gothenburg in Sweden has measured the evolution of national political parties for several decades, looking at the extent to which they embrace illiberal positions or deploy populist rhetoric like targeting “elites” as opponents. Particularly over the past 20 years, Fidesz has quickly become more illiberal and populist. 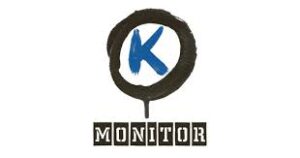 Sandor Lederer, a Hungarian anti-corruption activist with K-Monitor – a partner of the National Endowment for Democracy (NED) – summed up Fidesz’s simple us-versus-them frame, Bump adds: ‘We’ve got to protect Hungarians against this dot or that dot, and you can fill out this project with new topics’ — globalist multinational corporations, Muslims, migrants, European Union bureaucrats, the liberal media, and George Soros.

Years of clashes that pit EU institutions and many member countries against Poland and Hungary have grown even more severe in recent months. Orbán’s government has faced widespread condemnation over anti-LGBTQ+ legislation while Polish authorities have effectively declared they don’t accept the supremacy of EU law, according to POLITICO’s Lili Bayer and Zosia Wanat.

But various efforts by Brussels — from legal action to threats to cut off funding — have failed to prompt a change of course in Warsaw or Budapest. Instead, the gulf between the two rebel member countries and the EU’s political core over the bloc’s values seems to be growing even wider. All of which prompts a fundamental question: How does this end? In one of five possible scenarios, they suggest. RTWT