Happy workers in sugar fields. The dashing Che Guevara. Bearded heroes clutching AK-47s. And, of course, Fidel Castro. Love it or hate it, the Cuban revolution has been one of the most successfully marketed political projects of the 20th century. But government opponents say the time for a new script is long overdue, Stephen Gibbs reports for The (London) Times reports:

They see the protests which rocked the country on July 11 — by far the biggest in six decades — as a turning point, akin to a national confession that most people want change and the slogans of four generations ago have become meaningless. …. Pretences of an egalitarian state are fast fading in a country where waiters can earn ten times as much as doctors, while a cash-hungry government builds luxury hotels and sets up hard currency stores, accessible to those who have families abroad, but beyond the reach of everyone else. 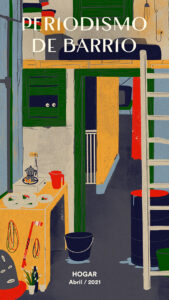 “The [ruling] clique’s myth was totally shattered”, Yunior García Aguilera, an opposition playwright, told the independent media website Periodismo de Barrio. García Aguilera, 29, is one of several new opposition figures in Cuba, part of a group which has entirely replaced the island’s traditional political dissidents, who for decades were routinely bullied, infiltrated, imprisoned and sometimes tolerated by Castro, The Times adds.

“It became clear that a large proportion of the Cuban people is fed up. They no longer want this social pact that has lasted too long and has rusted, is stagnant, is obsolete,” he said.

Cuba’s anti-government protests are expected to damage the Communist-run island’s struggling economy as relations with the United States deteriorate further, but they may quicken the pace of reform, experts said. Thousands took to the streets of the capital Havana and other cities on July 11 to vent anger over widespread shortages of food, medicine and other basic goods, frequent power outages and a lack of civil liberties, Reuters reports.

The lead Cuba researcher for Human Rights Watch, Juan Pappier, is sounding the alarm about arbitrary arrests and secret trials in the wake of the mid-July protests in Cuba. He and his team have been speaking with victims and their families, NPR adds.

“The streets are highly militarized,” said Pappier. “Many people are under house arrest, so they have a police officer on the entrance of their apartment or their home that says, you cannot leave. So there are many people who are afraid, but at the same time, there are lots of people who are tired.” 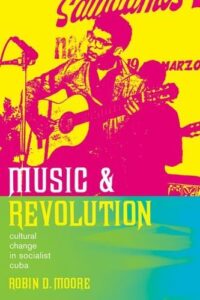 exile, makes no secret of its purpose: “We represent the dignity of an entire people who have been crushed at gunpoint and by meaningless words,” the lyrics declaim. “No more lies. My country asks for liberty, no more doctrines.’” The song has become the soundtrack of Cuba’s summer of protest, notes Robin D. Moore, the author of “Music and Revolution: Cultural Change in Socialist Cuba” and a professor of ethnomusicology at the University of Texas.

To some extent, music is a medium of protest in every country. But a tumultuous history and the cross-pollination of many musical cultures have produced a particularly rich tradition in Cuba, he writes for The Wall Street Journal:

In response to a recurring vocalized chorus saying “It’s over now,” singers from the group Gente de Zona call to Cuban officials and tell them: “Your time is done, the silence has been broken…we’re not afraid, the trickery is over now, 62 years of doing damage to our country.” They mention people arrested recently as part of a crackdown against artistic protest and add, “Let’s start to build what we’ve dreamed of, what they destroyed by their own hand.”

July 11, 2021 has become an emblematic date in Cuba’s history, says Pedro Roig, executive director of the Institute of Cuban Studies (IEC). That day, thousands of Cubans marched peacefully through the streets of Cuba in a massive and spontaneous popular uprising shouting “change and freedom.” Despite the brutal repression, the rebellion is irreducible because it arose from the bowels of a people who are not afraid, he writes for The Cuban-American Journal. RTWT

In the face of the unprecedented protests in Cuba, some on the Left give precedence to condemning the blockade, ahead of any defense of the people’s right to demonstrate or any repudiation of the state violence, notes analyst Armando Chaguaceda.

“We’re living through another chapter in a dispute that’s gone on for a century in the interior of socialism,” he writes for The Havana Times. “It’s a dispute between pluralist political regimes with a mixed economy and the rule of law; and the tyrannies of the one-party state, with a state-run economy and a police state. The shameful silence and the verbal pirouettes regarding what’s happening in Cuba rekindle the worst civil and epistemological liabilities of the Latin American leftist movements.”

“The regime cut the internet to stop the Cuban people from accessing social media, a tool they were bravely using to open the eyes of the world,” he said. “Who does that? Only a country that fears its people shuts down the internet.” 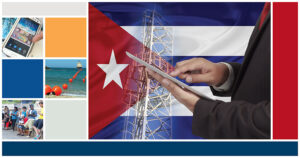 “What’s happening is that many Cubans are finding ways to access what internet is still available on the island — in state-run hotels, for example — and using it to send out everything from WhatsApp messages to Facebook videos of arrests on the street, ” analyst Tim Padgett tells WLRN’s Luis Hernandez. And those Cubans are concealing their identities from the regime by using VPN or virtual private network “tunnels.”

China’s export of digital authoritarianism [explained in a recent NED event] allowed the communist regime to shut off the internet, pulling the plug on connections outside the island, say analysts Leland Lazarus and Evan Ellis. In the face of the challenges posed by China’s support to Cuba and other authoritarian regimes in the region, U.S. policymakers should consider the following, they write for The Diplomat:

The song on Cuba’s streets this summer is the latest blend of music and politics in a country with a history rich in both. https://t.co/SeQDkJak46 via @WSJ