“This is a consequential election,” said @NEDemocracy‘s @DamonMacWilson. “What happens here matters; it first of all matters to #Nigeria but it can have a real impact on the development of democracy in West Africa, across Africa and around the world.” https://t.co/lOJob0oneq

Successful elections in Nigeria will increase the momentum for a democratic renewal across the world, according to a leading democracy advocate. 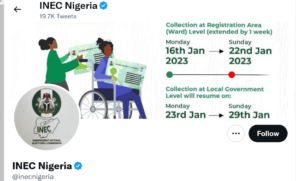 “And we have seen in this time a Nigerian democracy that has ousted incumbents, where term limits have been enforced, peaceful transitions have taken place,” he added, noting that the country is poised for a “more technically effective election.” The Independent National Electoral Commission “is tapping technologies to help ensure greater credibility to the vote at a time when elections in a lot of places are heading to roadblocks.”

The 2023 elections in Nigeria will be the largest in Africa and will likely shape the democratic trajectory of the entire region. The world will be watching the turnout of Nigeria’s huge youth population, who made up over 80% of newly registered voters this year, according to Nigeria’s Independent National Electoral Commission (INEC). 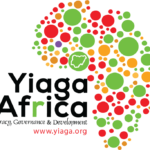 Nigerian politics has been dominated by two parties. But with about one month before elections there is a surprising third party candidate, Peter Obi, who is leading in the polls on a surge of support by young Nigerians, notes Cynthia Mbamalu, director of programs for Yiaga Africa. She explains (below) how and why young people in Nigeria may determine the outcome of Nigeria’s elections.

“The Nigerian state is captive to an elite gang-up and a rentier political economy that has concentrated political power in the hands of those who came to power and influence mainly through their own contrivances and not through the affirmation of the people, and therefore, do not have the incentive to serve the people’s interest,” Obi told Chatham House, the London-based foreign policy think-tank.

“Even after exploiting ethnic and religious cleavages and sentiments to ascend to political power, the very people on whose sentiments they grabbed power often become the primary victims of such political fraud that has rendered Nigeria a failing state with a worsening leadership crisis,” Obi told Chatham House (right). “Consequently, Nigeria’s democracy has been on the wane, evident in the Afrobarometer longitudinal tracking which reveals low voter turnout and apathy.”

A recent Afrobarometer survey found that nearly 89 percent of Nigerians believed the country was heading in the wrong direction, and 77 percent were dissatisfied with how their democracy performs. 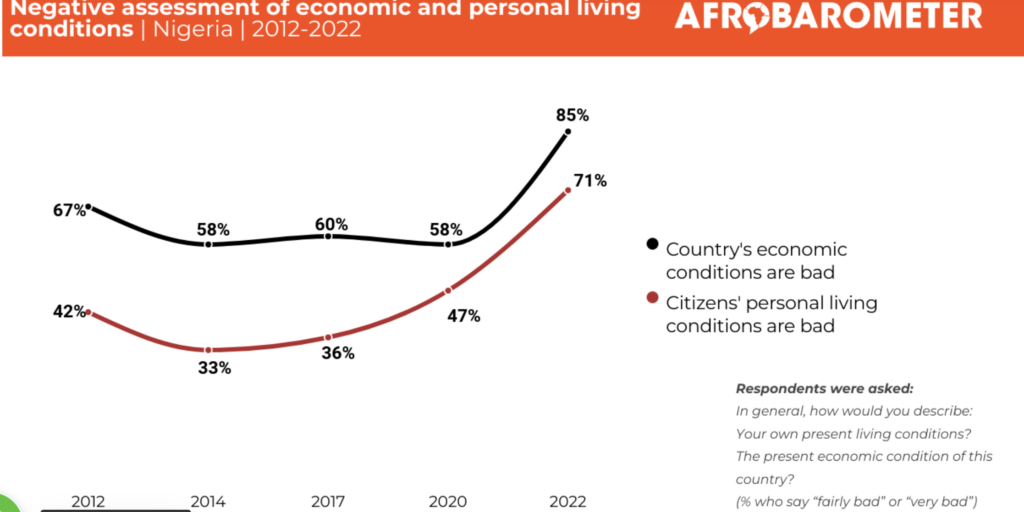 Analysts say some younger people have turned towards Obi out of a sense of desperation with the status quo in Nigeria and continued anger over the brutal suppression two years ago of the #EndSars movement – named after a hated police unit – which demanded better governance, The Guardian adds.

“The youth are disillusioned with the APC and PDP. Their hopes have been squandered,” said Stephen Lafenwa, a senior lecturer at the department of political science at the University of Ibadan.

“It is really interesting because we now get to see competition beyond the two parties [and] we have an expansion of choice,” said Dengiyefa Angalapu, a research analyst at the Centre for Democracy and Development. “It is no longer a situation of the devil and the deep blue sea, now it is the devil, deep blue sea and perhaps the Red Sea.”

The West Africa Democracy Solidarity (WADEMOS) Network will embark on a three-day solidarity mission to Nigeria, from January 25 to 27, ahead of its February 25 national elections. This will be the sixth consecutive presidential elections since the country’s return to multiparty democracy in 1999, say reports:

The WADEMOS Network is a non-partisan, independent civil society-led transnational democracy solidarity network. The Network consists of over 35 civil society organizations (CSOs) located in all 15 countries in West Africa, with the Secretariat based in Accra, Ghana, and housed at the Ghana Center for Democratic Development (CDD-Ghana).

“This is a consequential election,” the NED’s Wilson said. “What happens here matters; it first of all matters to Nigerians but it can have a real impact on the development of democracy in West Africa, across Africa and frankly around the world,” he told Channel Television’s Politics Today on Thursday.