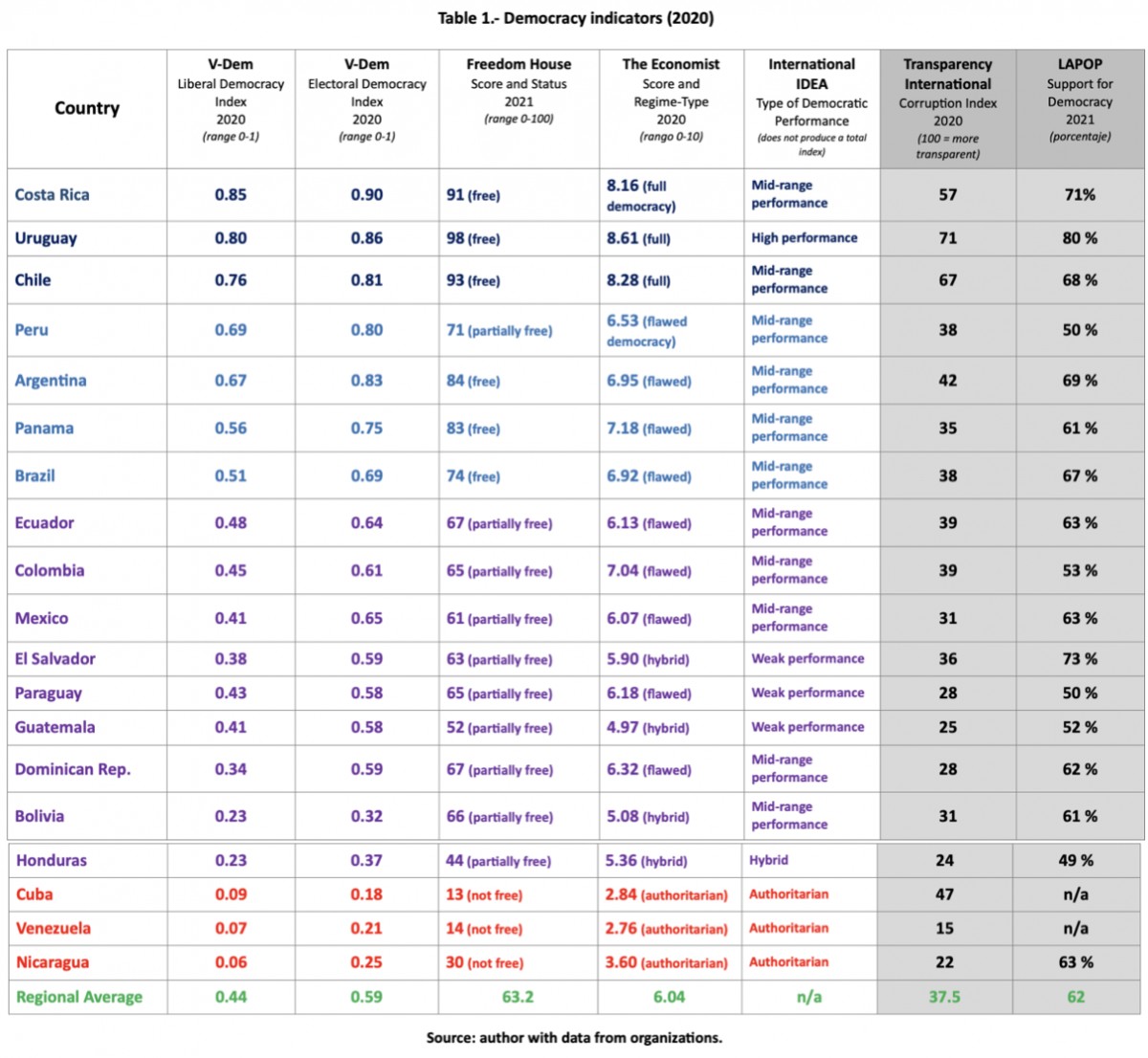 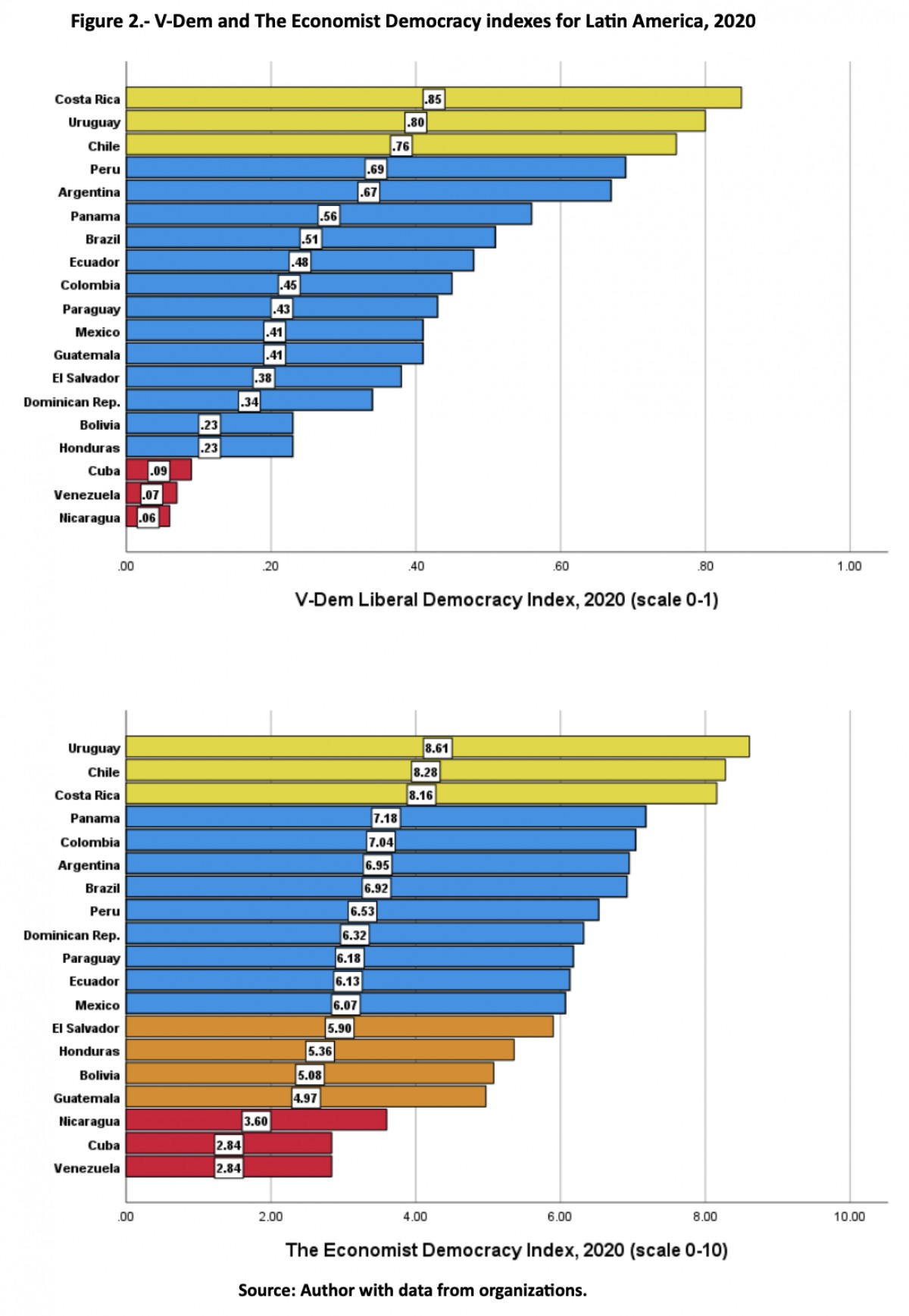 While formal election processes continue to be successful in many countries, the high levels of polarization, the continuing and seemingly unsolvable corruption, and the deterioration of the economic and social conditions (particularly because of the pandemic) do not bode well for the strengthening democracy in the region, Azpuru writes for El Pais. RTWT

There is a lot of fighting back against the authoritarian trends across the region, according to Miriam Kornblith, senior director for Latin America and the Caribbean at the National Endowment for Democracy (NED).

Even in the case of Cuba, for the first time in 60 years, people took to the streets, she told PBS Newshour. There’s a very vibrant civil society in Latin America that is looking for transparency, anti-corruption, rule of law, independent judiciary, and independent legislative branches.