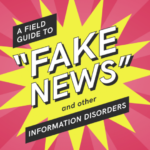 Facebook Inc. warned on Monday that it could offer no assurance that social media was on balance good for democracy, but the company said it was trying what it could to stop alleged meddling in elections by Russia or anyone else, Reuters reports: –

The sharing of false or misleading headlines on social media has become a global issue, after accusations that Russia tried to influence votes in the United States, Britain and France. Moscow denies the allegations. Facebook, the largest social network with more than 2 billion users, addressed social media’s role in democracy in blog posts from a Harvard University professor, Cass Sunstein, and from an employee working on the subject.

“I wish I could guarantee that the positives are destined to outweigh the negatives, but I can‘t,” Samidh Chakrabarti, a Facebook product manager, wrote in his post. Facebook, he added, has a “moral duty to understand how these technologies are being used and what can be done to make communities like Facebook as representative, civil and trustworthy as possible.” 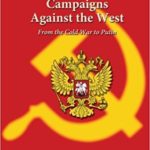 From the very beginning of Russia’s military intervention in Ukraine, Moscow has employed secrecy, disinformation and blatant denials of the truth, notes Jennifer Mathers, Reader in International Politics at Aberystwyth University. Putin has good reason to fear the consequences of public anger, especially when it is inflamed by the mistreatment of those serving in the armed forces, she writes for The Conversation:

This was the very issue that motivated thousands of middle-aged women to band together during the 1980s to create a network of civil society groups known as Committees of Soldiers’ Mothers. Over the years these committees have advised countless young men and their families on legal ways to avoid conscription, and by doing this have undermined Russia’s ability to rely on compulsory service as the main means of staffing its military.

A worrying conclusion to be drawn from David Patrikarakos’s fascinating War in 140 Characters is that democratic states are woefully behind their authoritarian and terrorist adversaries in harnessing the power of social media, notes analyst James Kirchick, a former Penn Kemble fellow at the National Endowment for Democracy. Anna Sandalova, a Ukrainian ex-PR executive who took it upon herself to outfit entire units of soldiers by raising money on Facebook, did so because a corrupt Ukrainian state had sucked its military dry and left the country dangerously unprepared, he writes for The Weekly Standard:

Meanwhile, Ukraine’s aggressor Russia invested early and heavily in the manipulation of social media, employing armies of bots and trolls to pollute the Internet and rewrite algorithms to its liking. …. Patrikarakos wonders at the pornographic effects such exploitation of social media by the likes of Russia, Hamas, and Islamic State has, leaving followers demanding more and more extreme actions on the ground. RTWT