Civil society groups have demonstrated their ability to mitigate Cameroon’s Anglophone conflict and promote peaceful discussions in the country, notes Jude Mutah, a program officer for Africa at the National Endowment for Democracy (NED). International support for these organizations, both moral and financial, is necessary to condemn the intimidation, targeting, and pressure they face, he writes for The SAIS Review of International Affairs: 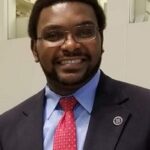 Multilateral institutions, such as the UN, EU, and AU, as well as individual countries, such as the United States, Canada, Germany, France, and Switzerland, have shown interest in the conflict, especially through official statements. However, the conflict has continued for six years, indicating that more robust actions are needed. The United Nations, in particular, must assume a leadership role in galvanizing efforts to resolve the conflict by working closely with and supporting interested stakeholders.