Align U.S. policy with the universal desire for freedom, but maintain a keen sense of unintended consequences and no illusions of easy success, #GeorgePacker writes for @TheAtlantic https://t.co/ftcw9ZfGZd

A wave of recent books—Spencer Ackerman’s Reign of Terror: How the 9/11 Era Destabilized America and Produced Trump, Andrew Bacevich’s After the Apocalypse: America’s Role in a World Transformed, Samuel Moyn’s Humane: How the United States Abandoned Peace and Reinvented War, Luke Mogelson’s The Storm Is Here: An American Crucible—portrays a country so warped by endless war, white supremacy, and violence that its very nature now drives it to dominate and destroy, notes George Packer. 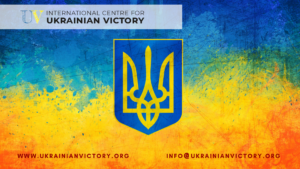 But the war in Ukraine has kindled hope, at times bordering on triumphalism, for a renewal of liberal democracy, not just as a guide to foreign policy but as a mission at home, while American leadership has proved decisive in holding the West together in defense of collective security and democratic values, he writes for the Atlantic:

Ukraine shows one way for America to use its power on behalf of freedom: Instead of sending troops to fight and die for democratic illusions in inhospitable countries, send arms to help an actual democracy repel a foreign invader. No U.S. troops, no meddling in civil wars, no nation building, no going it alone. Collaborate closely with allies and take measures to avoid catastrophe….. Where democracy exists, strengthen it and defend it against foreign subversion, if necessary with arms. Where it doesn’t, take care to understand particular movements for change, and offer only support that preserves their legitimacy. Align U.S. policy with the universal desire for freedom, but maintain a keen sense of unintended consequences and no illusions of easy success.

U.S. national identity has always been rooted in democracy. Nothing else, not blood and soil, shared ethnicity or faith, common memories or moneyed pursuits, has ever really held Americans together— only what Walt Whitman called “the fervid and tremendous idea,” Packer suggests. Don’t imagine that America can bring the light of freedom to the world, but don’t think the world will be better off if we just stop trying. RTWT