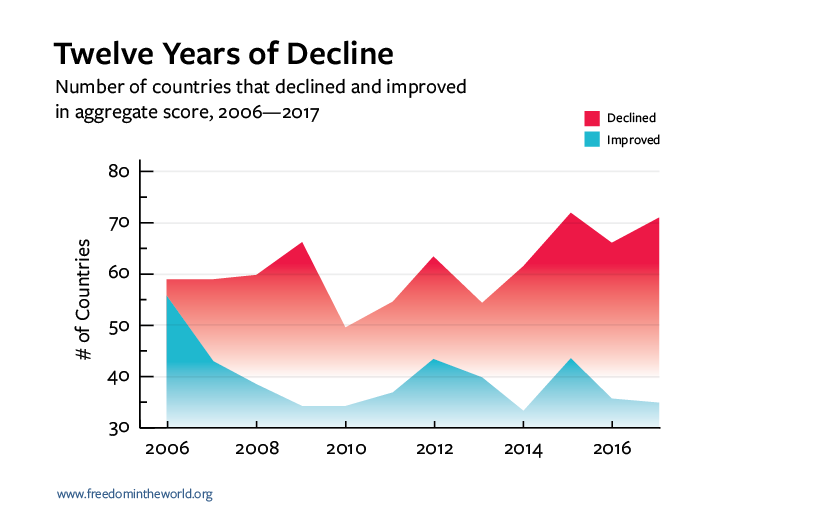 The reports confirm the trend of a global deterioration of human rights and democratic norms over the past 12 years identified in the latest Freedom in the World report (above) from Freedom House, a partner of the National Endowment for Democracy (NED). 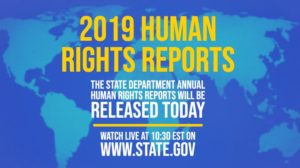 The reports address internationally recognized individual, civil, political, and labor rights, as laid out in the Universal Declaration of Human Rights and other international agreements.

“The Chinese Communist Party uses high-tech surveillance systems to monitor potential dissidents,” said Secretary of State Mike Pompeo. “It’s imprisoning religious minorities in internment camps – part of its historic antipathy to religious believers. As I’ve said before, the CCP’s record in Xinjiang is the ‘stain of the century.’”

His comments came as U.S. lawmakers unveiled legislation on Wednesday that, if passed, would tightly restrict imports from the Xinjiang region of western China, the toughest response yet to Beijing’s mass detention of minorities and coercive labor practices there, Austin Ramzy writes for The New York Times:

In Xinjiang, government-led labor programs transfer recruits — mostly rural Uighurs — to jobs as production-line workers, street cleaners, low-level guards and cotton pickers. Officials have said these policies help lift these heavily rural minorities out of poverty and put them in steady, supervised jobs that separate them from the temptations of potential religious extremism.

“Global supply chains are increasingly at risk of being tainted with goods and products made with forced labor from” Xinjiang, said a report from Congressional-Executive Commission on China that accompanied the release of the proposed law. The United States, it said, should consider “a comprehensive import ban on all goods produced, wholly or in part” in the region.

If the bill is passed, only those goods from Xinjiang shown by “clear and convincing evidence” to not involve forced labor would be approved for import, The Times adds.

“Most shipments of textiles and apparel from China are likely to be considered at risk of being Xinjiang-linked,” said Amy K. Lehr, director of the Human Rights Initiative at the Center for Strategic and International Studies and co-author of a report on Xinjiang and supply chains.

But most companies and regulators cannot trace the precise origin of their entire supply chains, she added. “A significant number of Chinese apparel shipments might be seized under this legislation, and risk and uncertainty would hover over others,” Ms. Lehr told The Times.

While the U.S. rights report expressed concerns about the transparency and accountability of the Saudi government regarding the October 2018 killing of journalist Jamal Khashoggi in Turkey, it did not specifically mention the observations of U.S. embassy personnel attending the suspects’ trial, VOA adds.

“Even though there may be high-profile trials in various countries, we tend not to report on them unless they’re emblematic of what’s going on,” said Robert Destro, an assistant secretary of State for democracy, human rights, and labor affairs.

“The murder of Jamal Khashoggi was an unacceptable crime. We have spoken with the Saudi leadership from the king down about our concerns. The position that we have taken hasn’t changed,” he added.

The State Department describes how Mexican press and non-governmental organizations had reported victimization of migrants “by criminal groups and in some cases by police, immigration officers and customs officials” in Mexico during the year 2018, Newsweek adds. 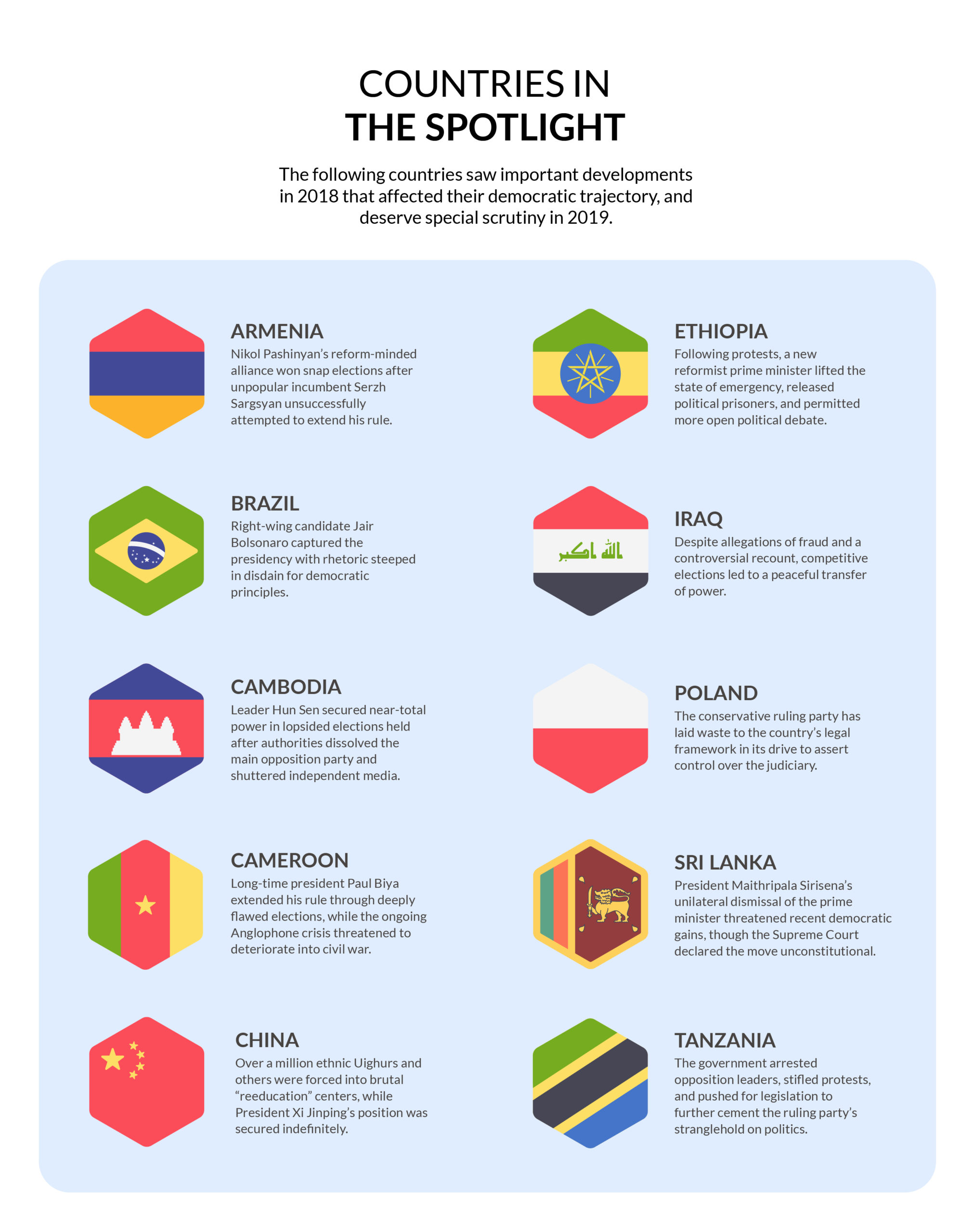