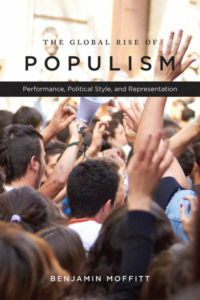 2019 stands a good chance of being the year that the populist project crumbles into incoherence, as it becomes increasingly clear that bad ideas have bad consequences, argues FT analyst Gideon Rachman. But while it is tempting to argue that populism has peaked, it is also premature. There are three main reasons for this, he writes:

They must shift tax burdens to the rich and invest in infrastructure, education, and health care. They must also encourage worker participation in corporate decision-making, confront the appeal of nationalism, and rethink the organization of both national and multilateral political institutions (like the European Union) so that influence is more widely distributed. It is an impressive and likely helpful to-do list. But the irony is that these are precisely the sorts of programs that liberal regimes have long resisted, and their achievement would require both a serious critique of modern liberalism and popular mobilizations that might well appear “populist” in character.

As a recent study by the Tony Blair Institute for Global Change found, elected populists tend to hold office, on average, more than twice as long as elected non-populist leaders. The same study found that populist leaders often expand executive power dramatically and foster widespread corruption, notes Council on Foreign Relations analyst Joshua Kurlantzick. But there are some ways that citizens in regressing democracies can help preserve their political institutions, keep hopes of democracy alive, and possibly help their political systems rebound in the future, he contends in World Politics Review.

Populism in Europe: An Illiberal Democratic Response to Undemocratic Liberalism

The European and Eurasian Studies Program (EES) at Johns Hopkins Paul H. Nitze School of Advanced International Studies (SAIS) is honored to host the 2019 Leonard Schapiro Memorial Prize Lecture at the SAIS Washington campus. This year’s honoree is distinguished Professor Cas Mudde of The University of Georgia (USA) and the University of Oslo (Norway) who will present a lecture on “Populism in Europe: An Illiberal Democratic Response to Undemocratic Liberalism.” Hosted by SAIS EES Director, Professor Erik Jones, the prize lecture is sponsored by Government & Opposition.  The lecture will be held from 5:30-7:00pm followed by a reception from 7:00-7:30pm. RSVP is required.