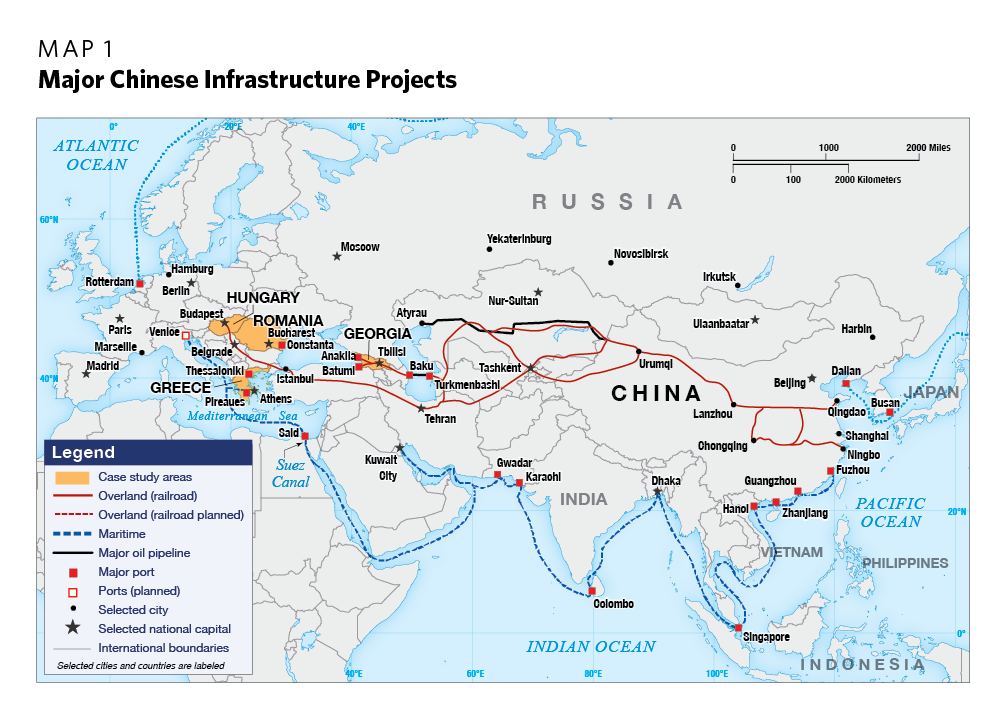 China’s economic and political footprint has expanded so quickly that many countries, even those with relatively strong state and civil society institutions like the advanced industrial democracies, have struggled to grapple with the implications. But “vulnerable” countries—those where the gap is greatest between the scope and intensity of Chinese activism, on the one hand, and, on the other, local capacity to manage and mitigate political and economic risks —face special challenges, according to a new Carnegie analysis.

In Hungary, for instance, Beijing’s main constituencies are political and economic decisionmakers, who have turned toward China after a series of crises (that is, financial, migration, and the pandemic) or disputes with the West over Hungary’s democratic decline, the authors add. The country’s democratic decline and clampdown on civil society have opened doors for new Chinese projects, prompting little pushback from civil society, with the notable exception of the recent public backlash against a Fudan University campus in Budapest.

While China has sought to increase its role and influence in the region, these countries
remain highly integrated with Europe and dependent on the West overall. Democratic
governance also builds resilience, as elections can significantly alter a country’s domestic,
economic, and foreign policies, the authors contend. Democratic governance, especially when it leads a Chinese-friendly European country to pivot back toward its traditional transatlantic partners, can complicate Beijing’s efforts to engage the region. RTWT

Non-Western actors have been showing interest in the Western Balkans for a long time. But since they do not offer a framework for democratization, they cannot assume the primary role and become more interesting than the EU, given the union’s economic clout in the region, says Jovana Marovicvice, president of the civic movement United Reform Action (URA). Yet, the very presence of non-Western actors may have consequences not only in terms of strengthening their influence but also in terms of who the Western Balkan countries see as mentors, she tells Carnegie Europe.

Both the aspiring six countries of the region and the EU need to do much more to not lose each other. The candidate countries have to seriously engage in rule of law and democratic institution strengthening and ensure true pluralism and media freedoms, adds Ivan Vejvoda, acting rector at the Institute for Human Sciences. The EU needs to be even more present in supporting these wholesome processes of democratization.

Judy Asks: Has the EU Lost the Western Balkans? https://t.co/cVAOjkAXsB via @Judy_Dempsey