With the world witnessing an autocratic resurgence, the United States needs a strong and united European partner now more than at any time since the end of the Cold War, according to a new analysis.

However, America’s approach to the European Union has oscillated from ambivalence to hostility and has failed to recognize that the European Union has the geopolitical potential of a rising power, argues Max Bergmann, a senior fellow at the Center for American Progress, where he focuses on European security and U.S.-Russia policy. When Europe is able to act as one, it has shown it can be a key force in global affairs and a powerful voice for liberal democratic values and a robust liberal bulwark against the rising tide of authoritarianism, he writes in Embrace the Union: A New Progressive Approach for Reviving the Trans-Atlantic Alliance: 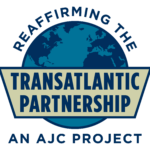 The United States should view the European Union as a possible rising power—a potential geopolitical force and essential strategic partner that could help counter challenges posed by rising authoritarianism, Europe has the potential to become a much stronger global ally, as a key voice for liberal democratic values, a model for successful multilateralism, and an important stalwart in upholding a rules-based international order. ….

It is precisely because Europe has such tremendous latent economic, political, and even military power potential that its future course and direction will be crucial to determining whether the 21st century is a democratic century. The European Union represents a model for the success of democracy, social market economies, and open societies. This is akin to how the power of America’s image—as a beacon of freedom and democracy—has served at points throughout history as motivation to those seeking freedom.

Democratic unity is all the more imperative in the face of autocrats resurgence, observers suggest.

Beijing has been looking to Europe for support during the Hong Kong protests, the Center for a New American Security’s Andrea Kendall-Taylor and Rachel Rizzo recently noted: “There’s a reason China thinks Europe might be persuaded. … European leaders remain convinced they can uphold the values and norms they share with Washington while benefiting economically from greater engagement with China. This stance is short-sighted and dangerous—putting liberal democracy in peril.”

According to the Global Public Policy Institute and Mercator Institute for China Studies, “Beijing realized early on that dividing the US and the EU would be crucial to isolating the US, countering Western influence more broadly, and expanding its own global reach.”

“A united, free, and democratic Europe is also more difficult for autocrats to work with, and the European Union’s success provides a striking alternative model to their autocratic governments.,” adds Bergmann. “As a result, autocrats seek to diplomatically exploit divisions within the European Union, amplify nationalist and populist voices, and gain leverage through targeted investments.”

A revived transatlantic alliance would establish strategic priorities, the report suggests, including: