Tom Burgis’s new book, “Kleptopia: How Dirty Money Is Conquering the World,” provides a magisterial account of the money and violence behind the world’s most powerful dictatorships, says Jennifer Taub, a professor of law at Western New England School of Law and author of “Big Dirty Money: The Shocking Injustice and Unseen Cost of White Collar Crime,” to be released Sept. 29. 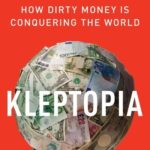 Beyond documenting in great detail corruption across several continents, “Kleptopia” offers a theoretical frame, she writes for The Washington Post:

“Globalization meant that rule by theft and the rule of law were co-existing,” Burgis writes. “Such tension could not be maintained indefinitely. One system would have to dominate, leaving the other as a façade.” This problem did not arise only after the fall of the Soviet Union and Russia’s nominal transformation to a market economy. We have seen this before. Burgis draws on the work of German legal scholar Ernst Fraenkel, who published “The Dual State: A Contribution to the Theory of Dictatorship” in 1941. 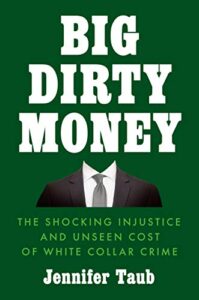 “Fraenkel found what he believed to be ‘a key to understanding the National Socialist system of rule,’ ” Burgis writes. “It was the ‘concurrent existence of a “normative state” that generally respects its own laws, and a “prerogative state” that violates the very same laws.’ ”

They are everywhere, the thieves and their people. Masters of secrecy. Until now we have detected their presence only by what they leave behind. A body in a burned-out Audi. Workers riddled with bullets in the Kazakh desert. A rigged election in Zimbabwe. A British banker silenced and humiliated for trying to expose the truth about the City of London. They have amassed more money than most countries. But what they are really stealing is power. 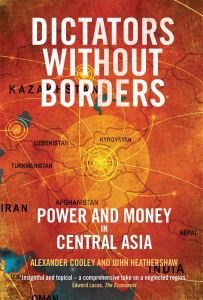 While it is early to assess the effect COVID-19 and the global response may have on transnational kleptocracy’s non-state networks, we may make some comments in three areas, adds John Heathershaw, co-author with Journal of Democracy contributor Alex Cooley of Dictators Without Borders and principal investigator of the Anti-Corruption Evidence project on the transnational ties of kleptocracies. There is reason to believe that demand for transnational connections will increase, he tells the National Endowment for Democracy’s International Forum:

In June 2019, the Senate Judiciary Committee held a hearing on “Combating Kleptocracy: Beneficial Ownership, Money Laundering, and Other Reforms,” Taub adds. Sen. Sheldon Whitehouse (D-R.I.) laid out the problem starkly: “America too often enables global corruption” by providing leaders who loot their countries “the shelter of our rule of law for their ill-gotten gains.”