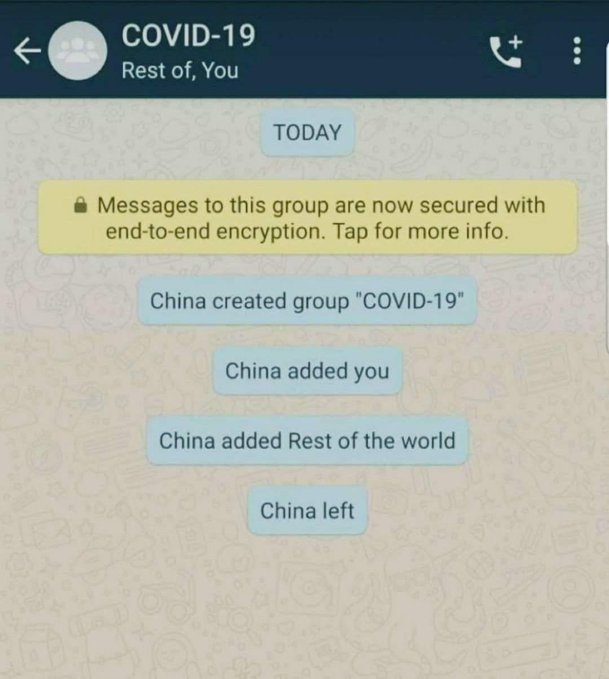 The coronavirus pandemic confirms that China’s authoritarian state capitalism with its hegemonic ambitions is by far the most difficult strategic challenge the West has ever faced, according to one observer.

If the question is which political or economic model has been most effective in fighting the pandemic, the answer is neither China nor the United States, but well-run democracies with sophisticated healthcare networks that did lots of early testing: South Korea, Taiwan, possibly Germany, The Los Angeles Times’ Doyle MacManus reports:

There has been a backlash in parts of Europe against clumsy Chinese efforts to mix humanitarian aid with commercial deals, like the electronic giant Huawei’s shipments of surgical masks to countries where it’s seeking big contracts.

“I’d say both the U.S. and China are playing the soft-power game very poorly,” said Susan A. Thornton, a former State Department China expert. “Trying to use a disaster response to score political points is tricky,” she said. “When thousands of people are dying, you’d better be seen to be doing everything you can to save lives and cooperate, or you’re not going to win any hearts and minds.”

China seems to believe that it is rising, while the West is in decline, Giulio Meotti, Cultural Editor for Il Foglio, writes for the Gatestone Institute.

“We find ourselves in what Germans call a Systemwettbewerb, a ‘competition of systems’ between liberal democracies and China’s authoritarian state capitalism, which is increasingly projecting its absolute claim to power beyond its borders”, said Thorsten Benner, co-founder and director of the Global Public Policy Institute in Berlin. The Cold War with Russia was clearer:

We had an ideological and security antagonist who was not an economic competitor. There was a Chinese wall between the economies of the West and the Soviet Union. Today, we are confronted with an opponent who is a powerful economic competitor and intricately involved in the political economy of the West. At the same time, we also depend on cooperation with China on transnational issues such as climate change and pandemics. China’s authoritarian state capitalist system with its hegemonic ambitions is by far the most difficult strategic challenge the West has faced to date.

“Nobody seems to be warning that none of this could have happened in the world if popular China were a free country and democratic rather than a dictatorship”.

China suffered a massive (and well deserved) propaganda hit as a result of the Wuhan virus. It’s now scrambling to recover prestige. One way to accomplish this is to claim that compared to the West, it dealt capably with the pandemic. Falsely reporting a very low number of new cases and fatalities bolsters that narrative, PowerLine’s Paul Mirengoff adds.

“A propaganda spokesman’s job is the turn messy facts into a clean narrative,” said Andrew J. Nathan, professor of political science at Columbia University and a leading China expert. “China is trying to bury the embarrassment of the Covid-19 cover-up in a happy story of triumph over the virus.”

“But it feels like overreaching to say that transmission has completely stopped. It seems that the message is political, not epidemiological,” added Nathan, a former National Endowment for Democracy (NED) board member.

“The West is so tolerant, passive, accommodating and naive towards Beijing,” said exiled Chinese writer Liao Yiwu. “Westerners… are seduced like an old man in front of a young girl…. Europe shows all its weakness. It does not realize that the Chinese offensive threatens its freedom and values”.

Some analysts believe that countries such as Serbia or Bulgaria will forge closer links with Beijing, because it is viewed as more successful than the EU and the United States in containing the pandemic and rebounding economically, adds CEPA analyst Janus Bugajski. However, several governments in the region are reevaluating their ties with China and even postponing business projects, not simply because of the virus scare but the expected negative impact on Chinese businesses, trade, and foreign investment.

“China is in the midst of its most intensive propaganda operation in living memory, in trying to project its success in dealing with the virus,” says Peter Tsang, the director of the China Institute at the London University School of Oriental and African Studies. There is now an imperative for the statistics to be low, and now we have statistics that serve the political imperative.

The Kremlin has joined the sharp power bandwagon, with Russian military trucks laden with supplies parading through the streets of Italy this week, notes analyst Yaroslav Trofimov. The initial wavering and slow decision-making that allowed the virus to spread in Europe and the U.S. have been described with near-glee on Russian TV, he writes for The Wall Street Journal.

“As far as the Russian leadership is concerned, this crisis confirms its worldview that the Western systems are inefficient, and that the liberal political model simply can’t cope,” said Andrey Kortunov, director-general of the Russian International Affairs Council, a government think tank in Moscow.

Francis Fukuyama may eventually be proved right if and when China democratizes, an ironic fate for a country that has so strongly vilified him, argues Jean-Pierre Cabestan, author of China Tomorrow: Democracy or Dictatorship?