After more than a week in hiding following a disputed election, the president of Kyrgyzstan — Central Asia’s only democracy — on Thursday announced his plans to resign, saying he did not want to go down in history as a leader “who shed blood and shot at his own citizens,” The New York Times reports (HT:FDD). Sooronbai Jeenbekov said he was leaving his post in order to bring an end to the country’s political crisis, Foreign Policy adds:

Jeenbekov has been replaced by Sadyr Zhaparov, who had only been named prime minister earlier this week. Zhaparov was freed from jail by supporters just last week where he had been serving a sentence for kidnapping another politician in 2013. According to Kyrgyzstan’s constitution, an election for a new president must take place within three months and, as interim president, Zhaparov should be barred from running.

Zhaparov told a crowd outside the government building late on October 15 that the president has resigned and “all power is in my hands from now on,” RFE/RL reports (above).

As in the uprisings that ousted presidents in 2005 and 2010, the current unrest has been driven by clan rivalries that dominate the country’s politics, The Post adds.

Thursday’s tumultuous events will unsettle Russia, already struggling with protests in Belarus and a flare-up in the conflict between Armenia and Azerbaijan, The FT suggests. After Mr Jeenbekov announced his resignation, Moscow said it was “concerned” by the events in Kyrgyzstan. Kyrgyzstan, which has a border with China, is the region’s only democracy but has been beset by infighting between northern and southern clans that has regularly spilled into violence.

Political unrest in Kyrgyzstan: between old and new hopes https://t.co/Y6IFALvfCf

Russia’s regional power is being tested, The Post adds. To the south, the three-decade-old conflict between Armenia and Azerbaijan has reignited. To the west, protests calling for Belarusian strongman Alexander Lukashenko’s ouster are well into their second month. And to the east, Kyrgyzstan is facing its third political crisis in 15 years after recent parliamentary election results were annulled.

The EU’s foreign policy chief Josep Borrell meanwhile said there were “serious questions” over whether the transfer of powers had taken place within a legal framework, notes AFP. “The Kyrgyz Republic is a parliamentary democracy, and the division of powers therein should be respected and preserved,” he said in a statement.

Analysts interviewed by The Moscow Times said they believe any new Kyrgyz political regime will be inherently pro-Russian and look to Moscow for conflict resolution.

“Japarov was emboldened in his calls for Jeenbekov’s resignation after meeting with [Russia’s deputy prime minister for post-Soviet integration Dmitry] Kozak,” Marat said. What Monday’s three-way meeting between Japarov, Jeenbekov and Kozak signaled, however, is that “Russia is interested in undermining hopes for an orderly and legitimate transition of power through another parliamentary election,” she said. 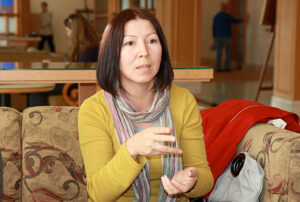 “A more centralized political system in Kyrgyzstan is preferred in Moscow,” said Marat.

MEMO98’s monitoring of the disputed elections showed the now ousted President Zheebenkov was outcompeted by other political figures and parties on social media – despite being the most active – while Instagram generated seven times the engagement of Facebook over the campaign period.

“The Kremlin is in no rush to show its support for a specific group,” said Oshurakhunova, who heads the Bishkek-based Civic Initiatives Public Foundation and coordinates the Civic Control Committee. “It’s a welcome development because outside interference is unacceptable in the current situation,” she added, warning that “we’ll be forced to call on foreign powers to intervene ourselves if there’s a violent escalation.”

The unreliability of the state to provide for its people, drove the population to rely on themselves and their community, note analysts Saipira Furstenberg and Gulzat Botoeva. As a result of systematic political crisis, independent and self-organised youth led networks have emerged offering alternative forms of governance which fulfil the services provided by the state, they write for the Foreign Policy Centre. The failure of the state to adequately perform its self-defined function and respond to the needs of the population seeded autonomous social values and activism. As the regional analyst Erica Marat notes: “with every cycle of political turmoil and government dysfunction, civic networks only grow stronger”

Kyrgyz PM Declares ‘All Power In My Hands’ After President Resigns https://t.co/amHaXM1Wu5