With the rise of  deep fakes, fake news, and other digital disinformation efforts, a new Technology Assessment Service would be ready for—not averse to—tackling issues related to strengthening democracy, according to a report from the Harvard Kennedy School Ash Center for Democratic Governance and Innovation. 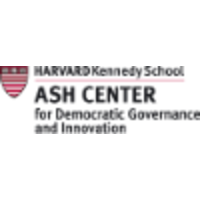 Following the demise of the Office of Technology Assessment (OTA), defunded in 1995 as part of a largely symbolic cost-savings effort, Congress now appears ready to rebuild an advisory capacity inside the legislative branch, analysts Zach Graves and Daniel Schuman write in Science, Technology, and Democracy: Building a Modern Congressional Technology Assessment Office.

The absence of OTA, the defunding of the support agencies, and the cuts to committee staff have left Congress in the hands of overworked, under-experienced generalist staff that are straining under the weight of their responsibilities—and revolving-door lobbyists have stepped in to carry the load, they contend:

Instead of merely providing a helping hand, wealthy special interests have the ability and incentive to shift the entire framework in their direction. Think tanks, which are often funded by industries and individuals with political agendas, have rushed in to buttress their arguments. While some produce high-quality research, others have also supported industry-backed disinformation campaigns and rent-seeking. The entire democratic edifice, designed to house every voice, has become dominated by those who can pay for megaphones. The resulting cacophony has skewed the debate in favor of those with the greatest financial resources.

Yet, today’s scientific and technological issues, like the broader political landscape, are far different from those of 1995, so Congress will have to address several challenges in rebuilding a technology assessment arm:
1. How to mitigate bias or the perception thereof and build political support for
rigorous analysis in a climate of heightened political polarization and concerted attacks on science
2. How to structure and evaluate the products of a new technology assessment
program without the expert networks or institutional norms of the original OTA,
and do so in a resource-constrained environment
3. How to scale a successful technology assessment office, including identifying
the appropriate amount and sources of funding
4. How to incorporate best practices developed in other countries that have comparable legislative advisory bodies. RTWT 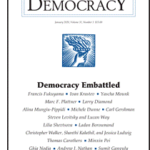 “How can one fight an information war where the most dangerous part could be the idea of information war itself?” is the most important question raised by Peter Pomerantsev in his book, This Is Not Propaganda: Adventures in the War Against Reality. This is the conversation policy makers and strategists need to be having, argues Laura Rosenberger, director of the Alliance for Securing Democracy and a senior fellow at the German Marshall Fund.

At present, policy debates are mired in narrow, tactical discussions that are often shaped by partisan politics. Worse, democracies find themselves fighting on a battlefield defined by authoritarians. A focus on control and manipulation dominates this space, creating an ethos fundamentally at odds with democratic institutions and values, she writes for the NED’s Journal of Democracy. 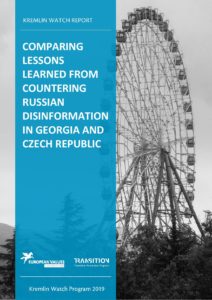 As malicious actors weaponize social media, societies worldwide are being challenged to find solutions, World Affairs adds. Technology and regulatory measures must be part of the solution but, especially in free societies, these solutions often fail to keep pace with rapidly evolving and escalating threats. At a forthcoming forum, Dr. Kristin Lord, President and CEO of IREX, argue that at a time when the cost of producing disinformation is effectively zero, building citizen resilience to misinformation and disinformation must also be part of the solution.

IREX’s own flagship media literacy program, “Learn to Discern,” currently operational in more than a dozen countries, has demonstrated lasting behavior change in a rigorous evaluation. Such approaches can be an effective part of a counter-disinformation strategy – but only if they are urgently brought to scale.

The  UK Parliament’s Select Committee on Democracy and Digital Technologies reopened its inquiry today (above).

All over the world, elections are manipulated by fake news, public opinion is radicalized via social media and electronic voting processes are subject to hacker attacks. The Internet was once seen as an opportunity for more democracy, but today concerns about the future of free elections prevail. Eric Frey, editor of Der Standard (below), spoke with his guests about the Dangers of Digital Democracy – the transformation of mass media and the (in)steerability of the Internet.