Whereas scholars used to hope that it was only a matter of time until some of the world’s most powerful autocracies would be forced to democratize, they now concede too readily that these regimes have permanently solved the challenge of sustaining their legitimacy, notes analyst Yascha Mounk.* Having once believed that liberal democracy was the obvious endpoint of mankind’s political evolution, many experts now assume that billions of people around the world will happily forgo individual freedom and collective self-determination. Naive optimism has given way to premature pessimism.

All in all, the structural features on which political scientists usually focus to gauge the likely fate of authoritarian regimes appear finely balanced in the case of populist dictatorships. This makes it all the more important to pay attention to a factor that has often been ignored in the literature: the sources and the sustainability of their legitimacy, he writes for Foreign Affairs:

Populist dictatorships are …. liable to suffer from an especially sudden loss of legitimacy. Enjoying a broad popular mandate, their stories of legitimation initially allow them to co-opt or weaken independent institutions without oppressing ordinary citizens or forfeiting the legitimacy they gain from regular elections. But as the popularity of the populist leader declines due to internal blunders or external shocks, the vicious cycle of populist legitimacy sets in. Custom-made to help populist leaders gain and consolidate power, their stories of legitimation are uniquely ill adapted to helping them sustain an increasingly autocratic regime. RTWT 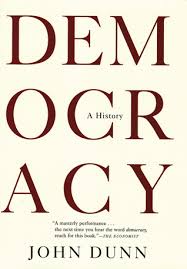 Mounk is one of the authors of a spate of recent books – including David Runciman’s How Democracy Ends and John Dunn’s Democracy: A History – warning of a ‘crisis of democracy’ that reveals that even our experts are confused about how democracies actually work, argues Shany Mor, an Associate Fellow at the Hannah Arendt Center at Bard College and a Research Fellow at the Chaikin Center for Geostrategy at the University of Haifa.

To measure democracy against some Athenian ideal, or to criticize it in those terms, is to miss the point. We are not Athenians, not because we can’t be, but because we don’t want to be, Mor writes for Tablet magazine:

Our smartphones, our social media apps, our almost unlimited access to information and platforms have all given us the means to subject our politics to a daily public decision-making process free of all gatekeepers and constraints. And yet we still, most of us at least, prefer to live under the rule of laws. We prefer it even as we lose our grip on the democratic institutions that have historically yoked the most powerful members of society to the same laws that the rest of us must abide. Law can’t just be a nondemocratic means for imposing a liberal agenda, if only because it will eventually become a nondemocratic means for imposing an illiberal agenda. RTWT